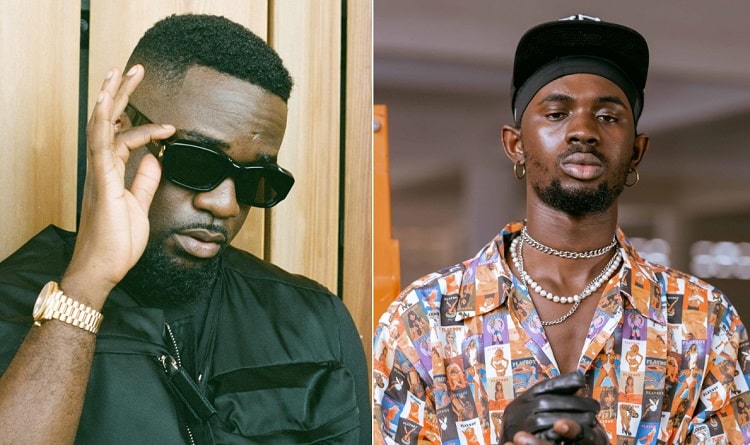 The two have been seen spewing bars in the studio as they appear to be co-writing a new song.

These two creative rappers were seen in a recent video that was posted online and is currently going viral on social media shared by GHPage.

The two rappers always deliver to the expectations of their audience when they spit on the mic, so fans can be confident that nothing subpar will be revealed instead of a top-notch collaboration that the world will be at peace with. This is, however, a good indication for Ghanaian music lovers as they have waited for it to happen.

In the video clip, Sarkodie can be seen watching with two other individuals while nodding and lifting his hand, indicating that he is content with what he is hearing as he watches Black Sherif busy recording his verses behind the microphone.

The circulating video comes few days after the Sarkcess music boss, Sarkodie, born with his legal name Michael Owusu Addo announced the release date for his forthcoming ‘Jamz’ studio album which is scheduled for November 11, 2022.

As It Stands, its not yet made clear to Townflex as to if this collaboration between the rappers will be featured on Sarkodie’s Jamz project or not