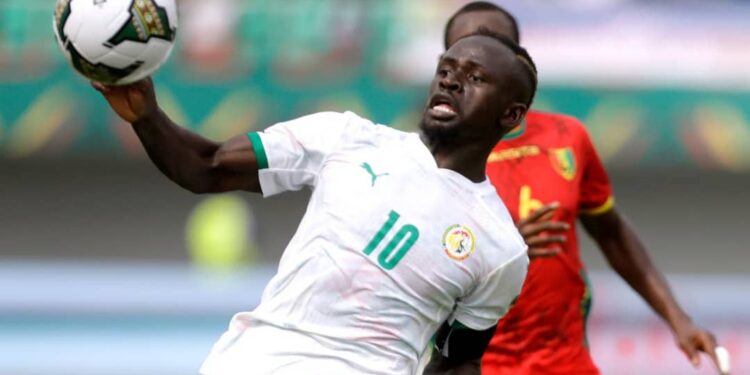 After winning their Afcon openers, both teams now have four points and are in good shape to advance to the knockout stages.

Senegal and Guinea drew 0-0 in an Africa Cup of Nations match on Friday at the Kouekong Stadium in Bafoussam to share points in Group B.

Guinea had started the season with such a 1-0 win over Malawi, whilst Teranga Lions had to endure until the final minutes of the game to beat Zimbabwe on penalties.

In the second minute, Sily Nationale came close to scoring when Naby Keita’s corner kick went all across goalmouth undisturbed because Mohamed Bayo failed to put the final touch to tip the free-flowing ball in.

Unmarked When Senegal began imposing their control on the game in the 53rd minute, Abdou Diallo struggled to redirect Sarr’s free-kick into the net. As the 2019 finalists moved close to hitting the deadlock again, Guinea goalie Ally Keita reacted brilliantly to parry Ciss’ free-kick away in the 54th minute.

Just after the hour mark, Keita received a yellow card for bringing down Liverpool counterpart Mane, who was running towards goal. When Konte moved to clear Sarr’s free-kick, he surrendered a corner, but Senegal didn’t get anything out of the short corner.

Sarr was sent through with the goal by Mane in the 67th minute, but he failed to score after outmanoeuvring two Guinean players.

Aliou Cisse’s first substitution was in the 74th minute, when Habib Diallo replaced Mame Thiam, who had very little impact on the field upon trying to make his first beginning in the tournament. In the 80th minute, Joseph Lopy replaced Dia.

Ibrahima Conte substituted Moriba Kourouma for Guinea, while Mory Konate substituted Amadou Diawara, but the substitutions had no effect as the sides split the spoils in the group’s initial matchday.