Addi Self: Working with Shatta Wale is like working in a military camp 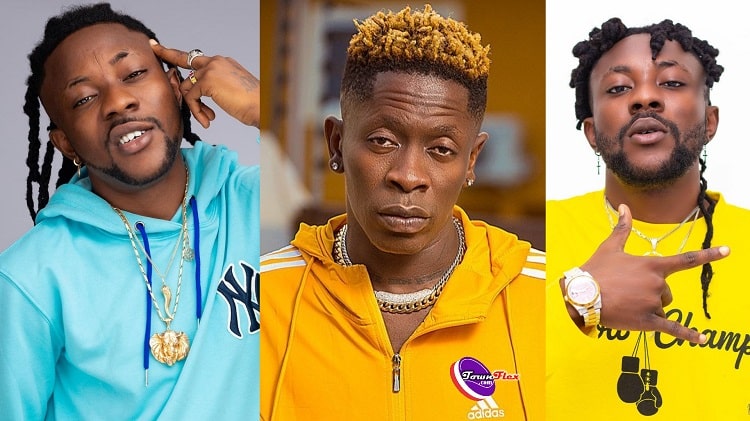 Ghanaian Reggae Dancehall artist, Jafaro Mohammed popularly known as Addi Self says working with Shatta Wale is like working in a military camp.

Addi Self is a Member of defunct music group, SM Militants founded by the Shatta Movement Empire boss, Shatt Wale has revealed in a new radio interview how difficult it is working with their former boss.

The Future Picture crooner in an interview on Onua FM 95.1 claimed that Wale never appreciated him while they were working together. According to him feedback from Wale to him whenever he records a new song and gives it to him to listen are only discouraging ones.

Few days ago, another former member of the crew, Joint 77 also came out saying in a video that his former boss Wale has been going around telling people not to promote any works from the members of the defunct SM Militant group.

Addi Self added that he still accorded his former boss respect, and projected him on social media even though there was insecurity.

According to him, Wale promised him a car, a 3-bedroom apartment and a recording deal on the contract he signed with him but it all never happened.

“I can tell you that working with Shatta wale is like been in the military camp that is why we were the militants it is not easy”, he said.