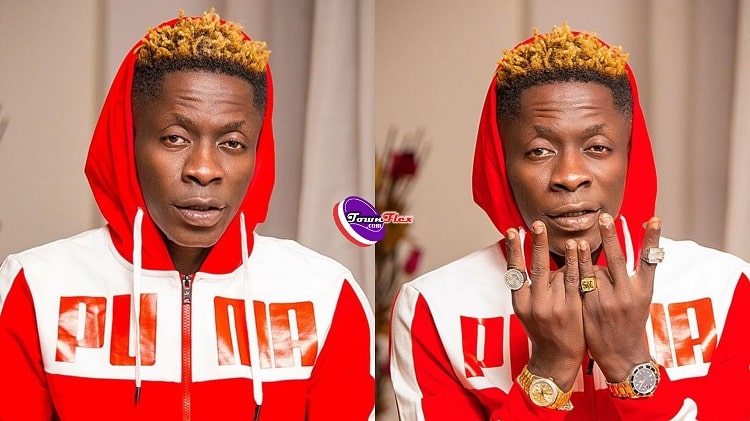 In this live video, the dancehall act talked about the structure of the industry, gave some piece of advice to his fellow artistes as well as some changes he thinks when done will improve our creative art industry for good.

He spoke about the Royalties of Musicians, Government interventions, and collective efforts that can be made by they the industry livers to make to better the world they are in.

Shatta in his live video went hard on his colleagues who claim to be doing music but are not benefiting from it, saying they are lost and do not even understand what they are doing.

According to him, there are radio stations in the country who always play songs by our musicians, and with that, there is money which is being collected from these radio station for playing the song on air, which is termed as royalties.

Shatta said most of our Ghanaian acts are lost because they do not even care about the royalties which are supposed to be benefits for they the musician for their works following the plays from radio stations and TV’s because the system over here has not structured anything as such in educating our artiste and enforcing things to be well done,

He added that all the artistes do care about is where they can earn small money record songs, go in front of a camera to shoot a music video for it, and put it on YouTube.

Wale called on the entire creative industry, not just the musical artistes but also others in the movie scenes as well with the request that they all come together and force the Government to restructure the business so they can do away with all the challenges facing them.

The Hajia Bintu crooner went on by saying that most of the musicians we see in Ghana here are all bleeding (facing financial difficulties) but they can’t say it. citing Covid-19 as an example, he said since Corona Virus showed up there have not been shows, and assuming our structures were better, our musicians who are now home without gigs and are still recording song ould have been enjoying from their royalties but it is not.

Shatta Wale talked about a lot of things hindering the betterment of the creative art industry in Ghana and some suggestions, pleaded with Government not to appoint Mark Okraku Mantey, watch the full video below.