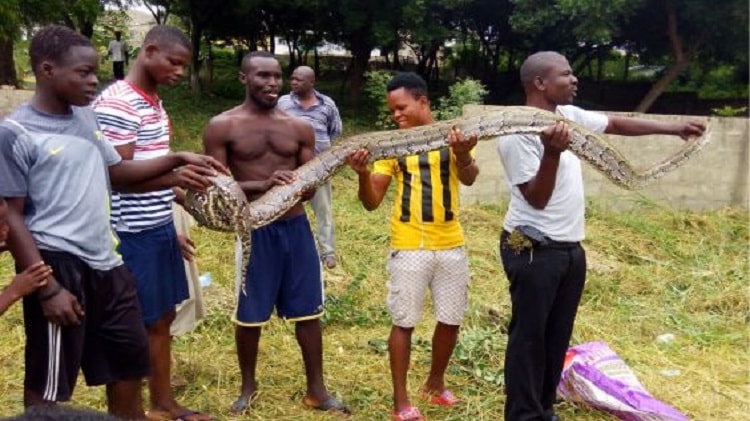 News intercepted by Townflex has it that a mystery snake was killed by people at the Kasoa Toll Booth after it crawled out of a car belonging to boys.

The snake got killed and later the owners, (two guys suspected to be sakawa boys) came out asking why they had to kill their snake.

According to the reports in the video you are about to watch below, nobody really knows how the big snake managed to enter the car.

Meanwhile, eyewitnesses who were present at the scene said, the only thing they saw was a very long big snake coming out of the man’s car, it may be for money ritual purposes.

Snake killed at Kasoa toll booth: Kindly watch the full video below, as the story got narrated by a representative from Accra FM, and click on the link below to subscribe to our YouTube Channel.