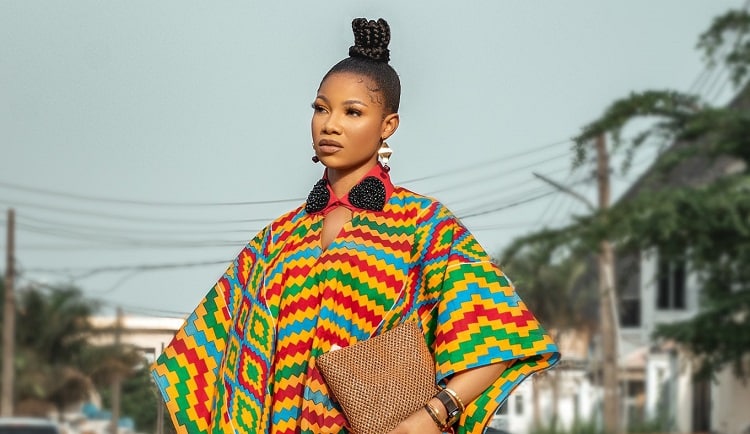 Tacha made this in her recent Twitter post while replying to what a hater said about her.

It all started after the reality star claimed herself as the boss, saying she was popular and achieved many greater heights in her life before joining Big Brother Nigeria.

A Twitter user identified as @metronaija who felt Tacha acted disrespectfully had to come in to put her in her right place.

According to the Twitter user in responding to Tacha’s post of her claiming she made it in life even before BBN blasted her and said before the reality show, only 1% of titans knew her back then and yet she rained insults on BBNaija, the show that brought fame to her table.

“AND BBN WILL NEVER GET ANOTHER “TACHA” ..can never be a “REMAKE!” – she wrote 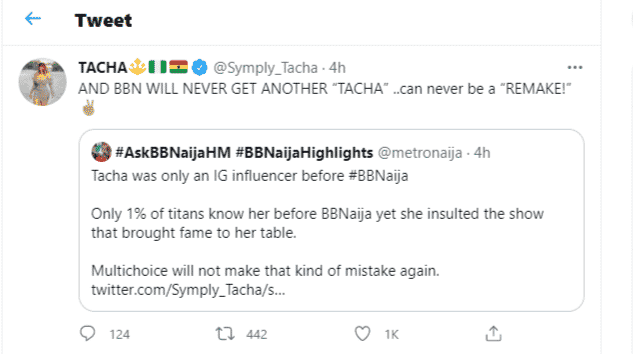