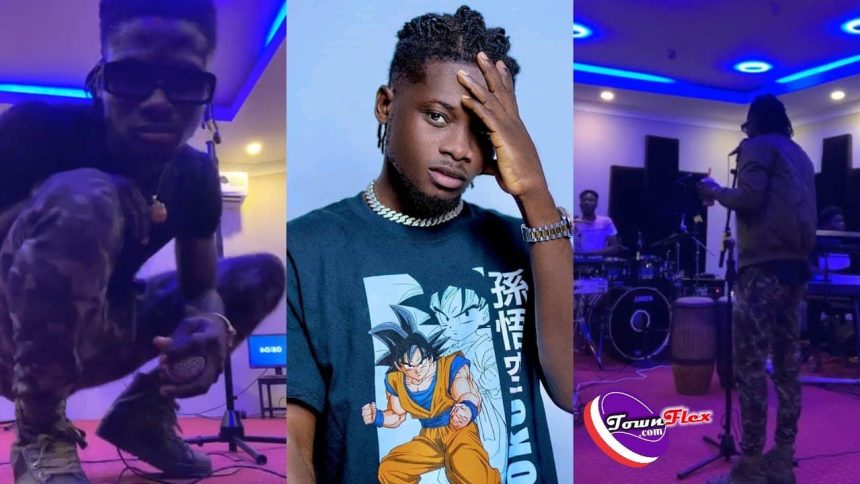 Watch below in the new video, the reigning VGMA artiste of the year winner, Kuami Eugene shares with his fans his live band studio session as he rehearses ahead of the upcoming GH UNITE VIRTUAL CONCERT.

The GH Unite Virtual Concert by Loggy Entertainment and Klassik Promo Inc was launched on Sunday October 18th, at GHOne TV studios with Stonebwoy and his father, Samini announced as the headline acts, to face each other and settle their differences on stage following the recent beef between them.

The main Event is scheduled to come off on, Saturday, November 1st, 2020, Kuami Eugene will be performing facing with Kofi Kinaata on stage, 1Gad (Stonebwoy), and Samini are the main acts headlining the even with performance also coming from Shatta Wale on the night as well. READ MORE HERE