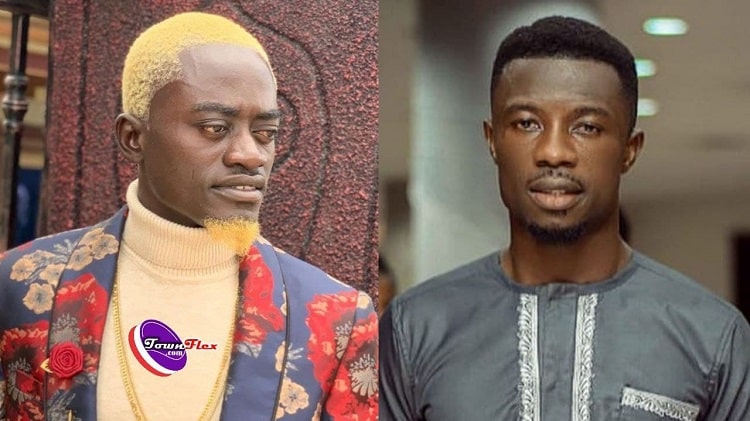 Powerful man of God has revealed that Ghanaian actor Kojo Nkansah aka Lil Win will become poor because of Kwaku Manu if he does not seek spiritual consultation.

According to the man of God in a viral video accused Lil Win’s colleague actor Kwaku Manu as the one behind the agonies following Lil Win.

He added that the comic actor has been brough that in the spiritual realhm, saying his enemies who have always been trying to pull him down have finally gotten him, adding that they have tried for so long to bring him down financially but kept failing until now that they have control over him now.

In addition, he disclosed that Kwaku Manu whome a lot of people see as the kind giver and a saviour should be feared after revealing that he is behind all of the agonies on the path of Lil Win, and he is not alone in the act, but rather he teamed up with Nkansah’s own family members.

The powerful man of God, Abusua One God, also revealed that the recent accident where Lil Win’s school bus run over a 5-year-old in a gory accident leaving the little girl dead instantly, was also part of the plan, they planned everything in the spiritual world.

He then advised that Kwadwo Nkansah should consult powerful spiritualists for a solution to this problems else poverty will soon locate him.