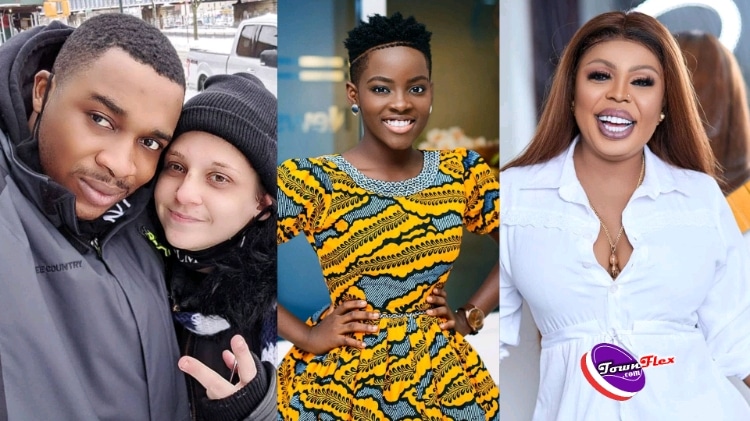 Twene Jonas finally hits back at Afia Schwarzenegger following her claims that his trip to America was sponsored by kid Disc Jockey, DJ Switch.

Afia made thus claims in ine of her recent videos alleging that he wouldn’t have been in America if not for the help of DJ Switch.

Twene Jonas while in Ghana have worked with many celebrities in terms of promoting including other things, he used to work with DJ Switch as her video editor, taking footages of her worked and editing them.

According to Afia Schwar, Jonas got the chance to travel the United States of America for a show. since he was her camera man and run away from the team so he could stay back and refused to return.

Well Twene Jonas has finally responded to the claims of Afia in a newly released video.

Twene Jonas in his response made it clear that his trip to America had no connection with any black skinned person, adding that he was sponsored by Obroni.

He went on to challenge Afia Schwarzenegger and any other Ghanaian who still feels he was assisted by a black person to go further and visit, the popular Antoa River to run a curse.