Watch Video Of The Moment Yaa Jacksons N!pples Nearly Came Out During Performance 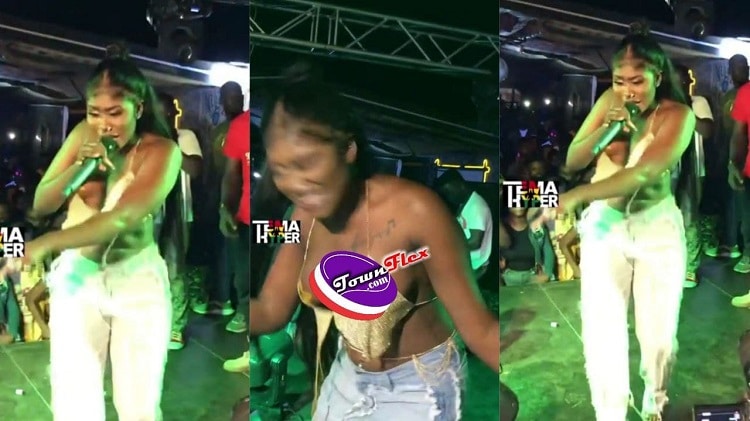 Yaa Jackson’s who was tightly dressed-up on stage alongside her dancers during her stage performance nearly gave the fans a free show of her full bre3sts.

The t!tt!es and n!pples of the beautiful songstress born with her legal name as Maame Yaa Konadu Jackson, during the performance of her hit song, ‘3hwe Papa’ nearly came out but she was very quick to control it.

Well, this comes few days after his biological brother, Jackson K. Nyame, revealed that his sister was being controlled by a demon, and that she herself wants to repent and get back to Christ.