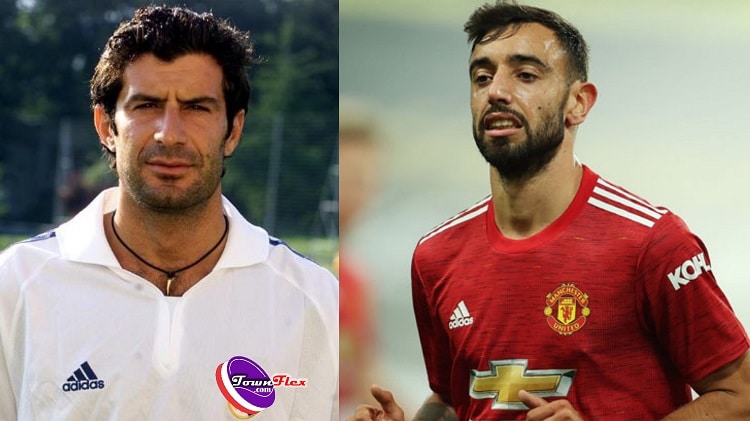 Portuguese retired professional footballer, Luís Filipe Madeira Caeiro Figo OIH comes out with what he thinks of Bruno Fernandes who plays as a midfielder for Premier League club Manchester United and the Portugal national team.

According to the former Barcelona player, his request will be that Manchester United goes a bit slow on Bruno with their appraisals, adding that he knows Fernandes is a good player but not yet a top player as they claim.

According to Figo, he is just trying to protect the mindset of  Bruno Fernandes not to get carried away by the praises showered on him claiming to be a top player which he is yet to become.

“We Portuguese love Bruno, but here we don’t accept our Players being praised for things they are yet to be” – he said.

See what he said below.

“Manchester united should slow a bit on Bruno Fernandes, He is good, but not yet a top Player as claimed.

“Portuguese are a bit Confused about Bruno being on headlines in England for being top Player. He is good, not top. We have top Portuguese like Bernardo Silva, Diogo Jota, Joao Cancelo etc before Bruno, they are all playing in England.

“We Portuguese love Bruno, but here we don’t accept our Players being praised for things they are yet to be.

“Bruno is not yet there and I have every right to protect his mindset not to be carried away by these sudden appraisals, I talked with him, I told him you know once you start getting all praises from Portuguese citizens then you must know you are getting near to be a complete Player.

“He knows it very well, and I can see he is getting his socks up although He still struggles against big Clubs in England and in Europe.

“He needs to get a big Trophy to be praised in Portugal, not from the bench but he must play a big part in getting that Praise from us by winning a Trophy with Manchester united”.