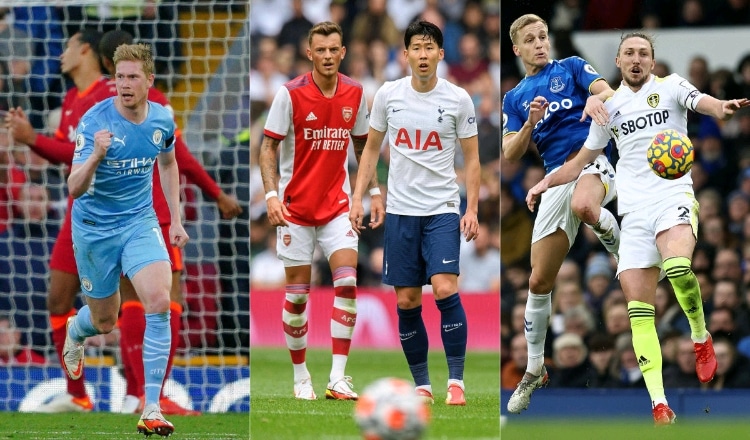 Leeds United have been pushed to the relegation zone after fellow Premier League strugglers Everton and Burnley secured big results in their games last night.

Burnley also secured itself from the drop zone after a vital point away from home against Aston Villa.

Leeds United are now 18th while Burnley is 17th with both teams on 35 points but goal difference.

Everton are now 16th on 39 after their victory last night.

Elsewhere, Chelsea drew 1-1 against Leicester after James Maddison goal ‘6’ was cancelled by Marcus Alonso ’35’ to secure their third
place.

Townflex Sports takes a look at final fixtures and what to expert.

Leeds plays Brentford away in the final gameweek, and Burnley will be at home against Newcastle.

Burnley will be safe if they match Leeds’ result at Brentford or beat Newcastle on the last day.

Chelsea who guaranteed a third place finish with a 1-1 draw against Leicester at Stamford Bridge will host Watford.

Thursday’s drama was only an appetiser for what will be a thrilling final day of the season.

Manchester City will be crowned champions for a fourth time in five seasons if they beat Villa at the Etihad Stadium.

Second placed Liverpool who are one point behind Pep Guardiola’s team can only steal the title if City drop points and they defeat Wolves at Anfield.

Tottenham will need a win at Norwich over Arsenal who host Everton and are two points behind their north London rivals in the battle to qualify for next season’s Champions League football.

Manchester United are currently 6th on the table and can qualify for the Europa League with a win away to Crystal Palace.

West Ham who travel to Brighton are 7th with 56 points and 2 below Man United.

However, the Red Devils could drop into the Europa Conference League with a defeat at Palace and a win for West Ham at Brighton.

The battle for the fittest continues as we head into the final fixtures on Sunday.

Let us now your opinion by commenting below.