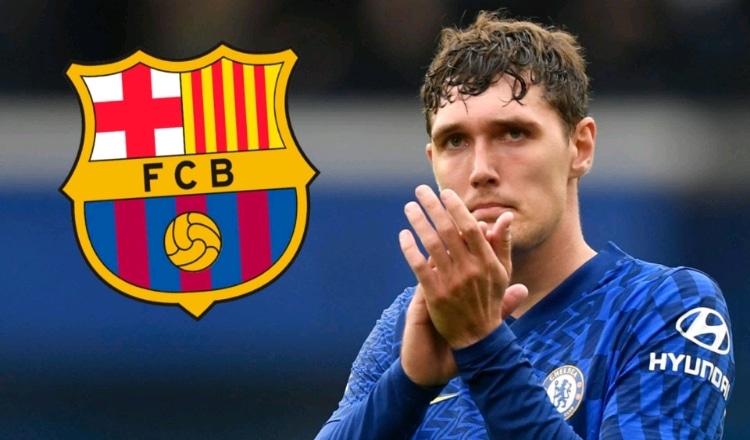 Thomas Tuchel and his players stunned after the Denmark International Christensen pulled himself out of contention for Saturday’s FA Cup final defeat against Liverpool.

It was believed Andreas was not injured and was expected to start at Wembley on Saturday.

According to reports, the defender is set to join Barcelona on a free transfer in the summer and its believed He might have played his final game for the club a week ago.

However, a source close to the 26-year-old’s suggested he felt ill in the week despite playing a full 90 minutes against Leeds.

No official reasons given but former Chelsea manager Maurizio Sarri said of the Dane in 2019:

‘You know very well that Christensen on matchdays always has stomach ache.’

Christensen has since gone on to agree a five-year terms with Barcelona after rejecting Chelsea’s attempts to renegotiate an extension.

The Danish footballer will join Antonio Rudiger in leaving Stamford Bridge to Spain as free agents in the summer.

Tuchel admitted for the first time that Christensen is leaving at the end of the season following their loss to Liverpool.

Saturdays FA final game went to penalties after both side failed to find a winner in the opening 120 minutes.

Cesar Azpilicueta’s miss in the shootout gave Mane the opportunity to strike the winning penalty for his side but Edouard Mendy denied his international teammate.