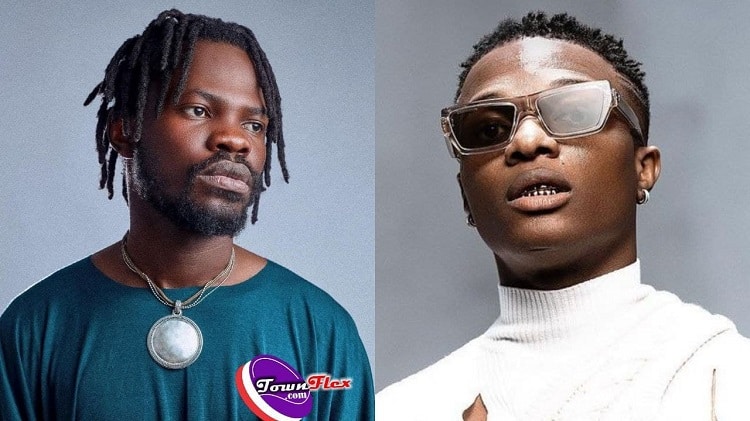 Wizkid Follows Fameye: Fameye on Tuesday, June 15th, 2021, took to his official Twitter account where he announced to his 60,000+ followers that he has been followed on Instagram by Nigeria’s Grammy award-winning superstar, Ayodeji Ibrahim Balogun famed as Wizkid.

“OMG Babanla @wizkidayo followed on Instagram I don’t know what to do praise” he wrote on June 15th.

Again on June 16th, he repeated the same story in a tweet, backing what he said earlier, adding that on top of that he also received a direct message (DM) from him which meant a lot to him, he wrote to express his joy and excitement over Wizkid’s follow-back, saying he does not even know what to do.

“Again I said Wizkid followed me on IG and I don’t know what to do in addition got his dm too!!!! #praise king @wizkidayo grateful” – femeye wrote.

Again I said wizkid followed me on ig and I don’t know what to do 📌📌📌in addition got his dm too!!!! #praise king @wizkidayo 📌📌grateful

Well, this sounds good though, having a big star widely recognized globally following you and also sending you a direct message isn’t bad, it shows you are moving in the right direction and being noticed by greater people.

Many Ghanaians think otherwise as they hop on fameye’s post to blast him for behaving childishly because a Nigerian artiste followed him back on social media, with some saying some Ghanaian music artistes see Nigerian acts just like some demigods and that needs to be checked.

Wizkid Follows Fameye: In the below screenshots, we will be sharing with you some of the reactions from some of his fans as well as other Ghanaians as to what they think about his behavior over the celebration of just a follow-back from a fellow musician. 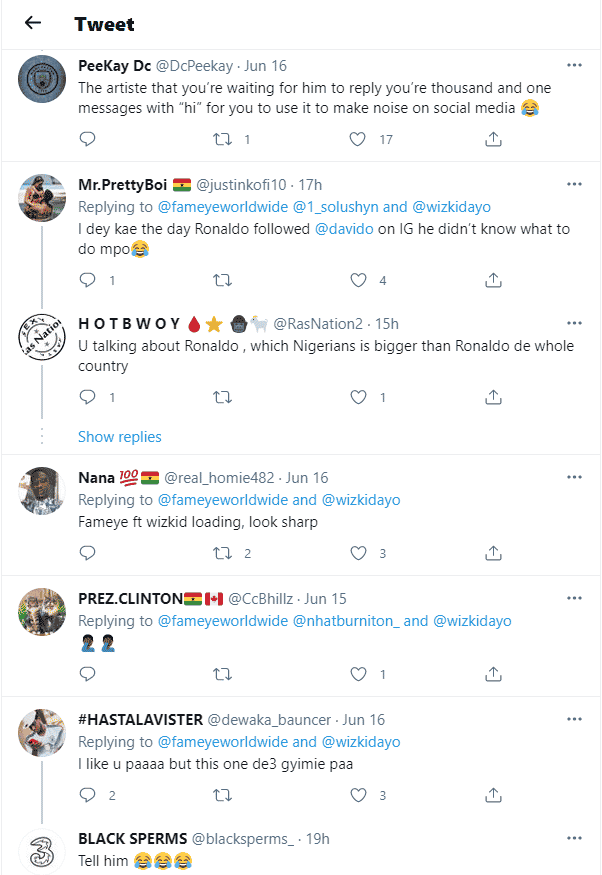 Also, Read This: Naija star ‘Wizkid’ opens up on his mental health + celebrity status attached to him