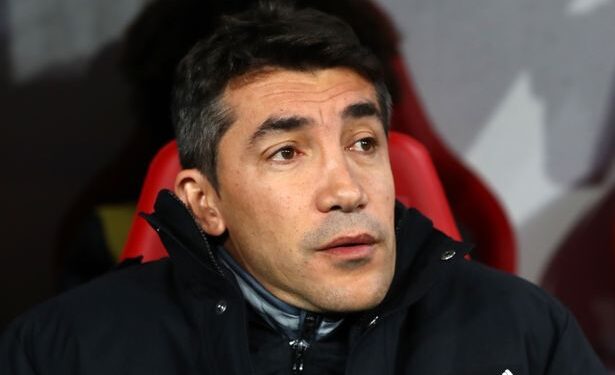 Wolves have confirmed the appointment of Bruno Lage as their new head coach, with the former Benfica boss replacing Nuno Espirito Santo in the Molineux hot-sea.

The Molineux club have been on the hunt for a new manager following Nuno Espirito Santo’s departure at the end of last season.

And Lage is the man they have chosen to replace his fellow Portuguese coach, with the 45-year-old set to take charge of Wolves in the 2021/22 Premier League campaign.

He is back in management just under a year after seeing his contract terminated at Benfica, whom he guided to the Portuguese title after taking on the job halfway through the 2018/19 campaign.

Lage has gained an impressive reputation for developing young players, nurturing the likes of Joao Felix, Ruben Dias and Carlos Vinicius before the trio landed moves to Atletico Madrid, Manchester City and Tottenham.

After failing to make it as a professional himself, he turned to coaching at the age of 21 and worked his way through the lower leagues of Portuguese football as both a youth coach and an assistant manager.

He then sealed his first move to Benfica as part of their academy in 2004, spending eight years at the club and managing every one of their youth sides.

Lage then received his first taste of English football and senior management when he was given the chance to work as assistant to Carlos Carvalhal at both Sheffield Wednesday and Swansea.

The pair helped Wednesday reach the Championship playoff semi-finals, before suffering relegation from the Premier League with Swansea.

Lage then returned to Benfica as manager of their reserve side in July 2018, before moving up to take the first-team job on a caretaker basis when Rui Vitoria was sacked six months later.

He flourished in that role, winning 18 of his first 19 matches at the helm and avoiding defeat to ensure Benfica captured the Primeira Liga crown.