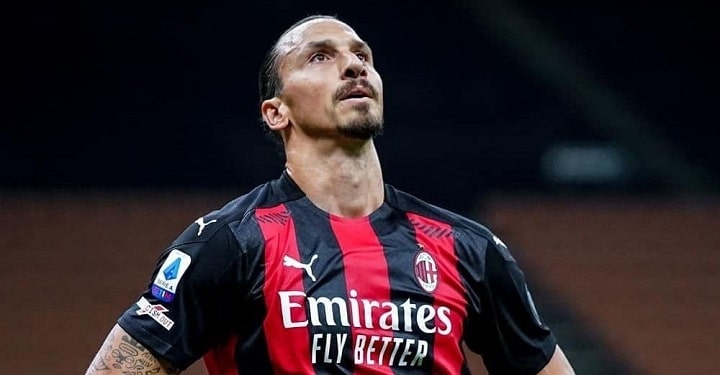 Sweden international Zlatan Ibrahimovic has been ruled out of Euro 2020 with a knee injury.

The 39-year-old sustained the problem during AC Milan’s 3-0 win at Juventus last week as he limped off in the 64th minute of his side’s victory last Sunday and faced a race against time to recover his fitness which would last until June 26 at least.

Zlatan Ibrahimovic will miss his club’s last two league games as they target a return to the Champions League for the first time since 2014 and also miss Euro’s.

The SFA wrote on Twitter: “Today, Zlatan has informed [coach] Janne Andersson that his injury will stop him from participating in the European Championship this summer.”

“Of course this feels sad, most of all for Zlatan but, also for us, Sweden (coach) Janne Andersson said in a statement

The 39-year-old forward returned to his national side last March nearly five years after his international farewell. The striker retired from international duty in 2016 but made a surprise return in March in the 1-0 win over Georgia.

He recently signed a contract extension until June 2022 and has netted 17 times in all competitions for the club.

Sweden play their first match of the tournament against Spain in Seville on June 14, before also facing Slovakia and Poland in Group E.

Zlatan would have become the oldest player to represent his country, eclipsing the previous record of 38 years and 59 days held by goalkeeper Thomas Ravelli.