Ghana’s Cardi B, Rosmonde Brown well known as Akuapem Poloo and her son have pulbicly come out to apologise for posting nude pic online.

Akuapem Poloo on Monday, June 30 2020 took to her instagram page where she posted a nude picture of herself fully naked in front of her half-naked 7-year old son and looking at each other as they held hands all in the name of celebrating her son’s seventh birthday.

Truth been told the nude pic she posted has recieved a huge criticism from both her followers and no-followers including including some civil society organisations.

She was also invited by the Ghana Police Criminal Investigations Department (CID) for questioning and then they concluded that she has breached the Welfare Principle of the Child’s Act. And this action led to the actress deleting the nude picture she posted on her page.

The Popular Ghanaian Instagram celebrity after taking down the image from her page came out with his son in a new video she posted yesterday Friday, July 3 2020 to render apology for her actions, pleaded for forgiveness and also explained furthur why she did what she did. And that her intentions wasn’t bad.

I’ve not been myself, and the sadness is eating me up after i posted the naked picture in front of my son, talking to him on his birthday.

All that i want to say is that please forgive me, it will never happen again, even though i didn’t post it for any bad intention. It was out of pains that i went through when i gave birth to my son. I realized that the post wasn’t good so i took it off.

Looking at the insults and the captions i’m seeing on my page, i have regretted posting it. I just want to say a big sorry to whoever i have hurt posting that picture” – she said.

Her son also pleaded on her behalf, the 7-year old boy asked for forgiveness of her mother says she is a good person. Watch video below. 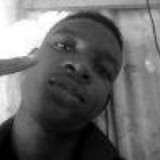