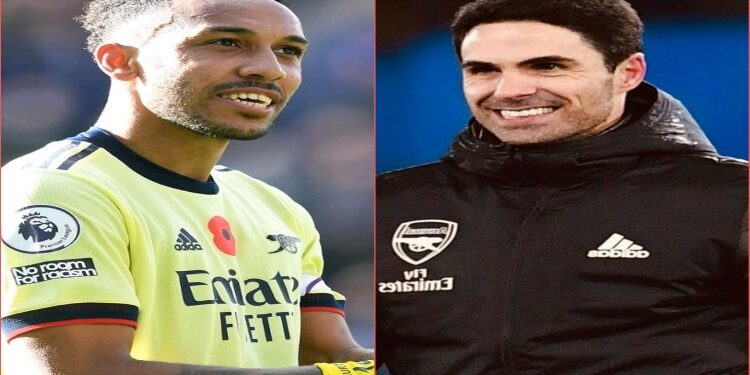 Following his latest disciplinary breach last week, Pierre-Emerick Aubameyang will no longer be our club captain, and will not be considered for selection for Wednesday’s match against West Ham United.

We expect all our players, particularly our captain, to work to the rules and standards we have all set and agreed. We are fully focused on tomorrow’s match.

Mikel Arteta answered to the media on Tuesday ahead of their next match against West Ham United.

I don’t have much more to say, I think it’s a real clear statement from the club. It’s a decision we have made following the last incident that we had with the players and this is where we stand.

I don’t mind you asking but I can’t go any further on that as you can believe. When we had to make that decision, it was because it was the right one to defend the interests of the football club.

Yes, we did it, both the club having a personal conversation and myself having a face-to-face with the player. He had to accept the decision when asked how Auba took the news.

Well we have the leadership group and we have different players who have been nominated to be captain, in the last game it was Laca, we had had Granit who has been captain as well, so we will follow that.

It is a really unpleasant situation and it is not the moment to any rash decision. That leadership group is really strong, it is the one that communicates with myself and the coaching staff and with the club in a really strong and clear way and we are going to continue that.

That is one of the decisions we make, to make that group a little bit better and try to educate them and try to get the right feedback all the time and build the trust and a strong culture around the club. It is working really well so we will continue to do that.

It’s really important but for me having the leadership group is something that has been tremendously helpful because then you get different voices. It is a really multicultural dressing room that needs a lot of attention and different feelings ands different languages, they all have to be involved and I’m comfortable with that.