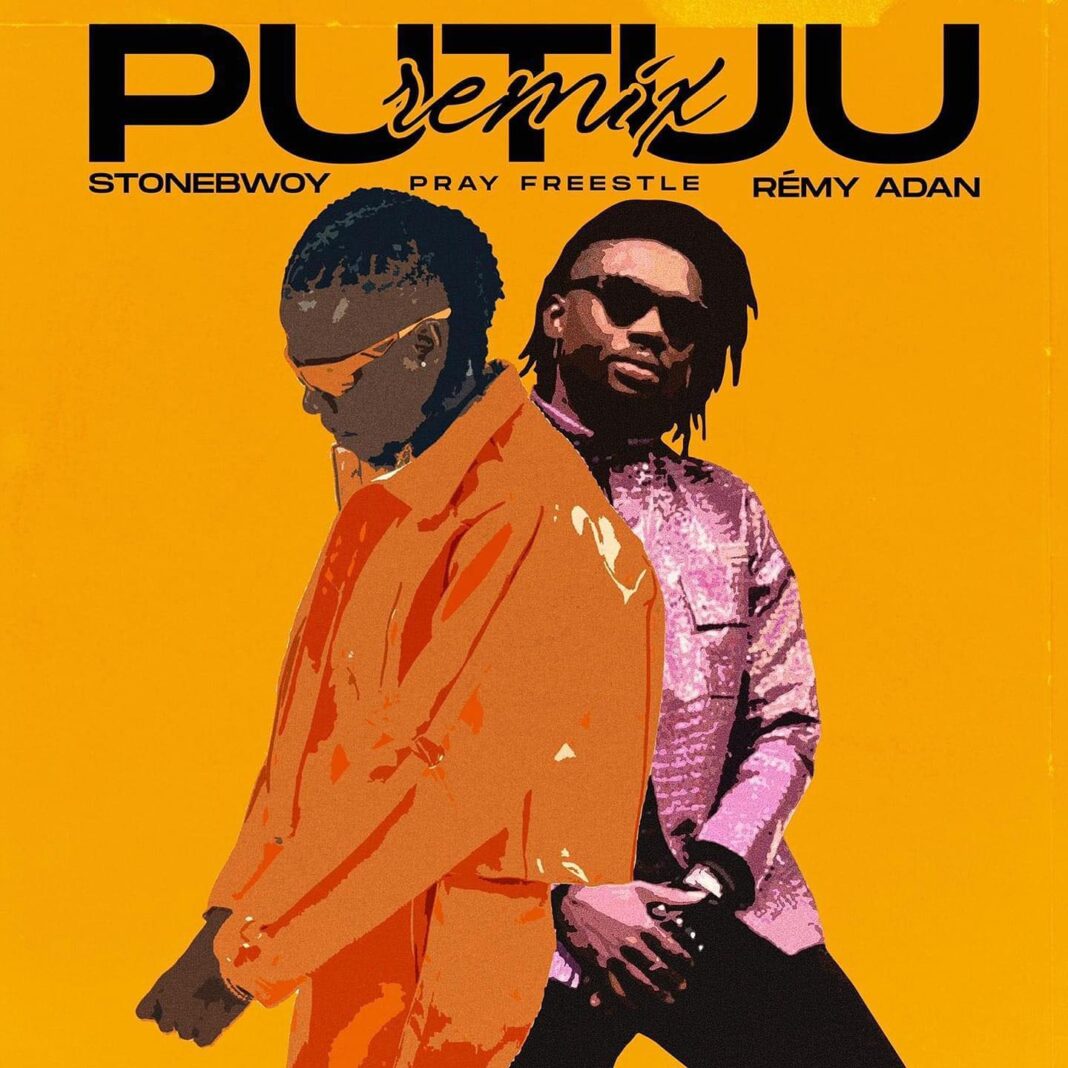 The Bhimnation Boss, Sotnebwoy has kept the spirit of his fans worldwide in anticipation after he first announced there will soon be the remix of the hit single.

Stonebwoy Putu Remix: the dancehall recording artiste in this version of the song linked up with Ivorian Artist Singer, songwriter and actor, Remy Adan.

Stone, prior to this new release, served fans with a song titled “OUTSIDE” which happens to be his message/voice being added to the ongoing #FixTheCountry Agender in the country (Ghana) sending messages to the government to put the needs of the citizens first before thinking about themselves and the money they wnted to make.

The joining of force by these two great African act is to make this version a more enjoyable one compared to the previosly released oringinal song.