Why I cannot do without s3x: Tonto Dikeh 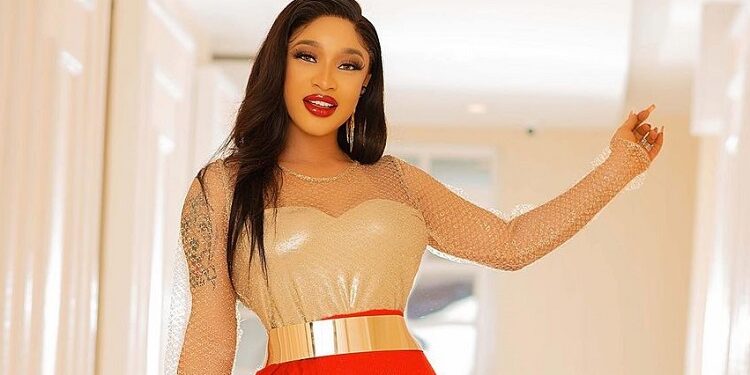 Nigerian actress, singer, songwriter, and humanitarian, Tonto Dikeh has finally revealed why she won’t be able to do away with s3x.

The mother-of-one on Sunday afternoon, January 1, 2022, took to her official and verified Instagram profile where she made a post that saw her give out three options asking fans to delete one option.

in the Instagram post, Tonto Dikeh asked her fans to delete one of these three options she posted;  S@x, $600M, and teeth.

Reacting to her own puzzle, Tonto revealed that she can do away with the remaining optioned except for sex, according to her she can buy and customize whatever kind of teeth she will love to have fixed in her mouth but can’t do without having s3x.

According to the beautiful actress, the reason she can’t do without s3x is due to the fact that she wants to have more babies.

See her posts below.

“I can buy whatever kind of teeth I want and have every designer label custom make one for me each..
Who teeth help..
I wldnt take away SEX only because I want more babies, if not who s3x help🥳🥸so don’t think am a bad shild!!”

Simi, who is a popular Nigerian talented singer, and actress has opened up on what actually changed her after her marriage.

Born with her legal name as Simisola Bolatito Kosoko, the singer got married to the love of her life, also a Nigerian singer named Adekunle Gold in a private wedding ceremony on January 9, 2019.

She later in 2020 became a mother, after welcoming her first child with her husband on the 30th of May 2020 when she gave birth to her daughter Adejare.

What Changed Simi After Marriage?
Speaking in a recent interview with Sunday Scoop, the award-winning Afrobeats singer revealed that motherhood was something that changed her but not marriage.

This came after she was asked as to what actually changed her after her marriage to her husband Adekunle Gold back in 2019.

The mother-of-one reacting to the question said that nothing really changed her but she feels motherhood has changed her more than marriage in marriage, it is just about the two of them, herself and her husband which is the same. Click Here To Read Full Story.