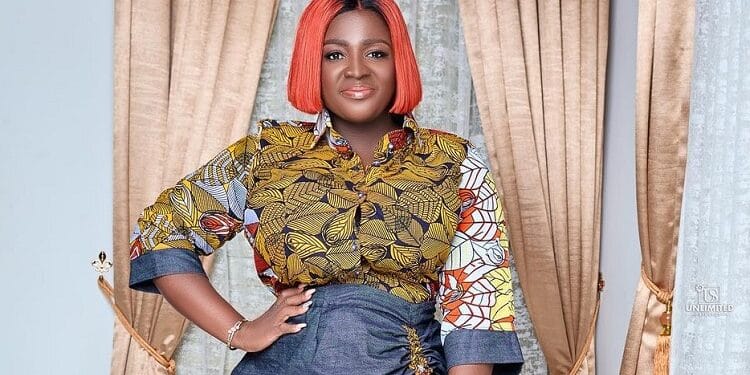 Ghanaian actress and entrepreneur, Tracey Boakye has is set to sue, Cindy Cash, a Ghanaian blogger, and the owner of Cindy Cash TV for continuous publications of defamatory statements and videos about her.

The beautiful actress through her lawyer, Kwabena Owusu-Mensah Esq has released a statement of warning to keep Cindy Cash in check and refrain from publishing false information about the actress just to tarnish her image.

The notice states that Cindy Cash has been given up to seven (7) days to delete some of the Defamatory statements and videos made about the actress or will have to legally face the law in court if she fails to comply.

The statement which was released on December 1, 2021, also stated that she [Cindy] has been making statements about the paternity of Tracey’s young child and subjecting mother and child to public ridicule.

Lawyer Kwabena Owusu-Mensah Esq again in the statement also sent a word of caution to some Bloggers who always wade into the matter and publish unverified lies on their blogs to be careful before the law gets a grip of them.

Read the full statement below. 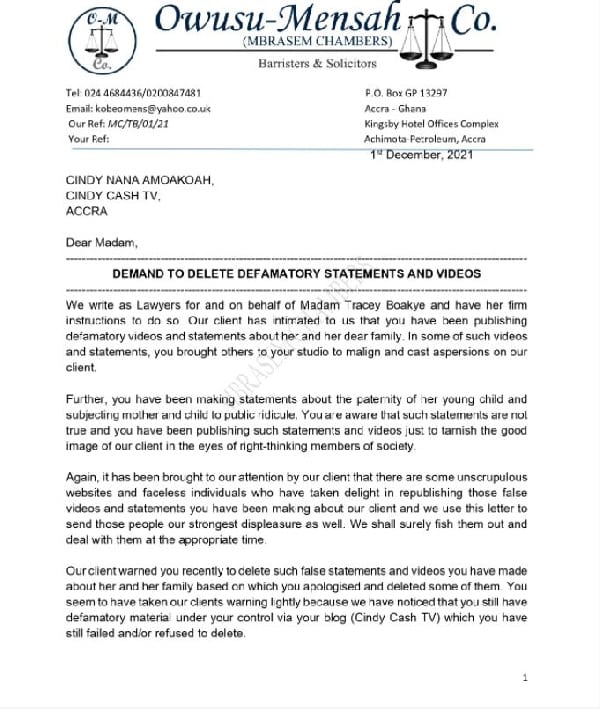 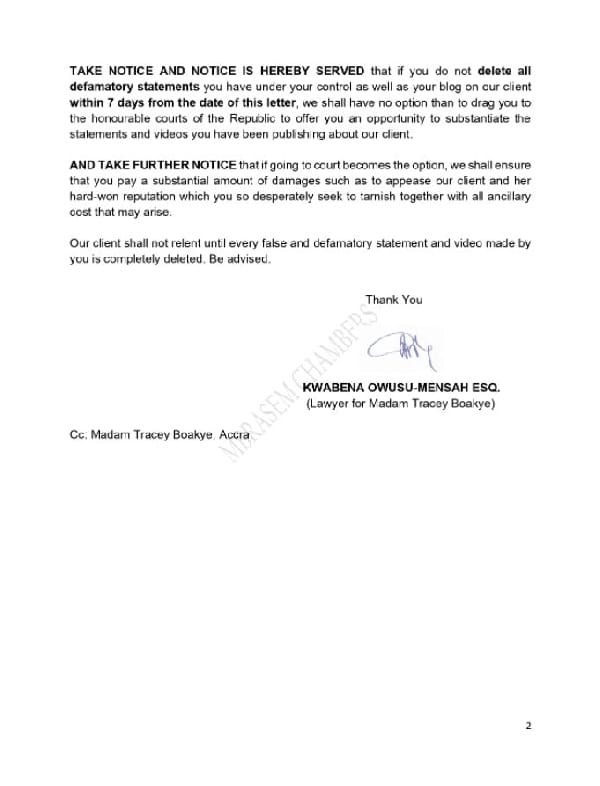