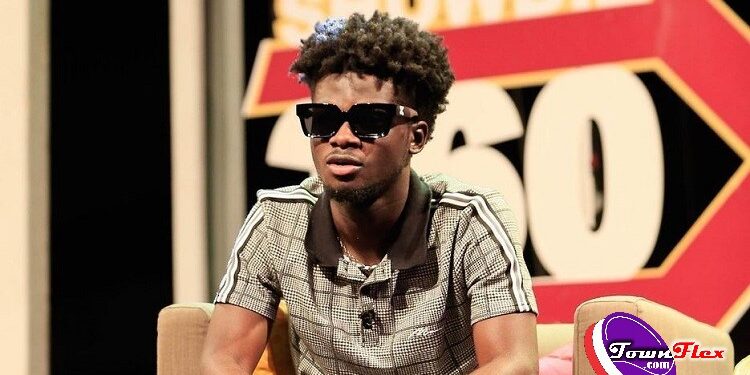 Ghanaian highlife singer and producer, Eugene Kwame Marfo, widely known in the showbiz circle as Kuami Eugene says he can win Grammy awards for Ghana if he gets more support.

The Lynx Entertainment signed singer made this known in a recent TV interview with Giovanni Caleb on his Showbiz 360 entertainment show which aired on TV3.

Kuami is currently out with a brand new music, a song titled “Dollar On You“, which is currently one of the hit singles you can hear being played in the country making the trends, and his interview at TV3 was to promote the song.

Kuami Eugene, when asked by the host, Giovanni as to what his great plans for his musical career are said he has come a long way and that, the support he is currently enjoying from fans is good so far, but he can win grammy awards for Ghana if the support is more.

He also added that he is busy working in the studio and has plans of releasing more hit songs this year.

Kuami has in most recent times been compared with his label mate KiDi, with fans saying KiDi is far better than Kuami Eugene.

When asked if there was a battle going on between them both, the Open Gate hitmaker disclosed to his fans that there is no actual battle with both and describes it as a ‘brotherly-banter.

Watch the video below;