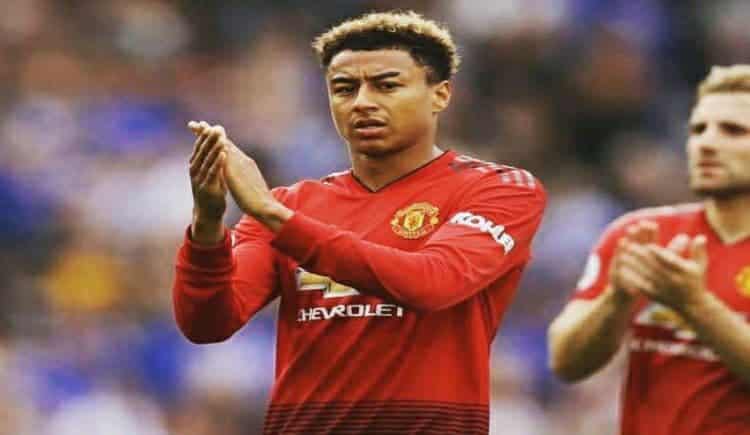 Jesse Lingard is now a target for Atletico Madrid and AC Milan’ as the midfielder returns to pre-season training with Manchester United over his future with West Ham still keen to secure his signature.

The 28-year-old has reported back for pre-season training at Old Trafford amid doubts over his future. Jesse Lingard caught the eye of clubs in Europe after an Amazing performance on loan at West Ham in the second half of last season as he scored nine goals and five assists in 16 games. West Ham United placed sixth last season which means a qualification for Europa League next season.

Jesse Lingard who is a product of Manchester United’s academy, Lingard has made 210 appearances for the club, scoring 33 times. Lingard fell out of favour at Manchester United but could regain the trust after an amazing spell with the Hammers.

Jesse Lingard to hold talks with Ole Gunnar Solskjaer about his future with just a year left on his current contract. Report says Manchester United are prepared to offer Lingard a new contract worth £130,000-a-week.

AC Milan on the other hand have a playmaker vacancy open after Hakan Calhanoglu joined Inter Milan on a free transfer. Milan would be a perfect Choice for Jesse Lingard and replacement for their playmaker role.

All this news prove a concern for the Hammers who were closing in on a signature after Manchester United slap a huge £30m fee which appears far higher than West Ham were expecting.

West Ham keen on signing Lingard after a wonderful run at east end of London but will struggle to meet his valuation.
West Ham’s prospects have now taken a serious downturn amid claims that Atletico Milan are also keen.

Reports says Jesse Lingard is keen on a move away from Old Trafford this summer in the search of regular game time.
Bruno Fernandes has kept Lingard out of the team last season, United now have Jadon Sancho who will make it difficult for Jesse Lingard quest for a regular playing time.