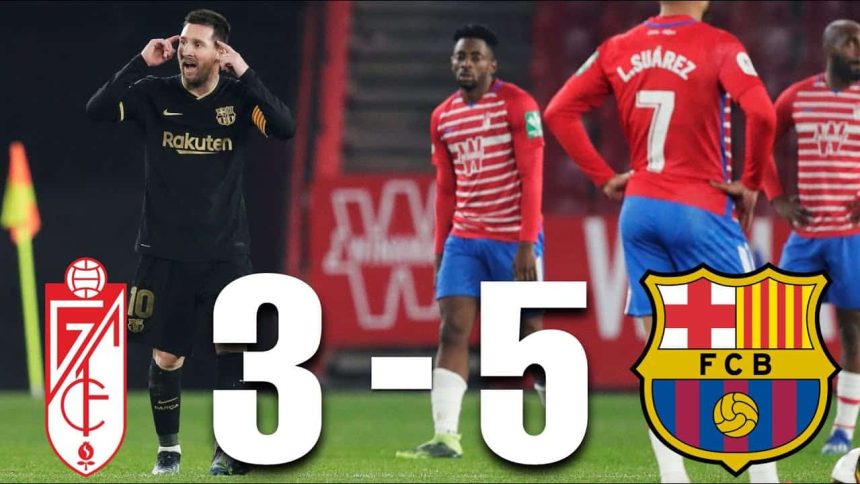 Given the teams left in the competition, Barcelona is considered as one of the strongest contenders to lift the Copa again.

Barca join Sevilla and Levante in the draw for the semi-finals then. Real Betis will play Athletic Bilbao for the last semi-final spot.

Barcelona will now have to focus on La Liga now and Champions league spot.

Koeman’s team made very hard work of it but once they overturned Granada’s two-goal lead it was never really in any doubt they’d go on to win.

Barca were the superior side throughout despite the heroics of Granada’s keeper Escandell.

One of the more surprising stats from Wednesday’s win was that Lionel Messi’s name was not on the scoresheet even though Barca scored five. That doesn’t mean the captain didn’t play a key role, far from it, in fact the stats show he did pretty much everything but score.