Benjamin Mendy Released From Prison On Bail After Four Months 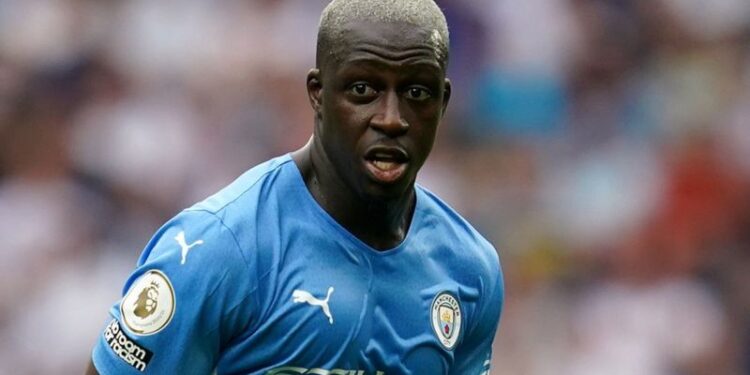 Aced Manchester City defender Benjamin Mendy has been released from prison on jail terms after a period of four months. The professional footballer have been in a row of sexual assaults claims which has in turn, put a question mark on his career.

The France International soccer player was granted bail by Judge Patrick Thompson after the defender served 16 weeks in prison. He was accused of 7 rape cases and was detained at HMP Manchester.

More so, the Manchester City star man trial has been postponed and shifted till June. Meanwhile, mendy’s bail grant is set to expire in the 24th January pending another trial.

Nonetheless, do note that the talented football star was first charged of 3 cases of rape in October 2020. The location of these sexual assaults incident were traced to his home town, Prestbury, Cheshire.

In January 2021, the soccer player was further charged with another case of sexual assault and it still happened at his home address.

Furthermore, the Frenchman was involved in another scandal which happened in August 2021 though it was not a case of sexual assault. This time around, he was accused of raping a woman; a case of unconsensual sex.

The above-mentioned cases are some of the few cases of sexual assaults attempted by the Manchester City defender. Even so, the Frenchman was also indicted of breaking his bail conditions last year August.

The condition was that the wing-back defender should not accommodate more than 4 people at his home town in Prestbury, Cheshire. But, unfortunately the Manchester City player, who was released on July 26 2021 paid no heed to that condition.

Rather, he was believed to have hosted more than four people in his home address according to the statement made by three correspondents.

Meanwhile, Mendy’s dramatic law suit have delt a blow to his young, thriving football career. The professional defender was temporarily suspended by the English football club, Manchester City and one can’t really be certain of his future with the club.

Moreover, the football player is set to miss the 2022 world cup with France because of his pending court cases – having been part of the French squad that won the 2018 version of the FIFA tournament.

Nonetheless, the aced Manchester City defender release from prison is expected to be followed by a pre-trial for further investigation.