Nigerian teen actress and film producer Regina Daniels who for some few weeks ago took serious mockery from fans for marrying her Billionaire husband, Ned Nwoko a man many perceived as older enough to be her father is being trolled again on social over her sagged boobs.

Regina who was spotted in a nightclub fews days earlier took to her Instagram page on Saturday to share some loving pictures of herself in swim wear captioned “Addicted To Peace And Good Air”. picture shown below.

The pictures posted raised a lot of concerns to both fans and non fans of the actress. Of course she (Regina Daniels) is addicted to good air but seems there was a problem with the peace, as Nigerians bashed her for posting pictures of her fallen boobs at such a young age. with some also saying she happens to be a disgrace to all 19 years girls. 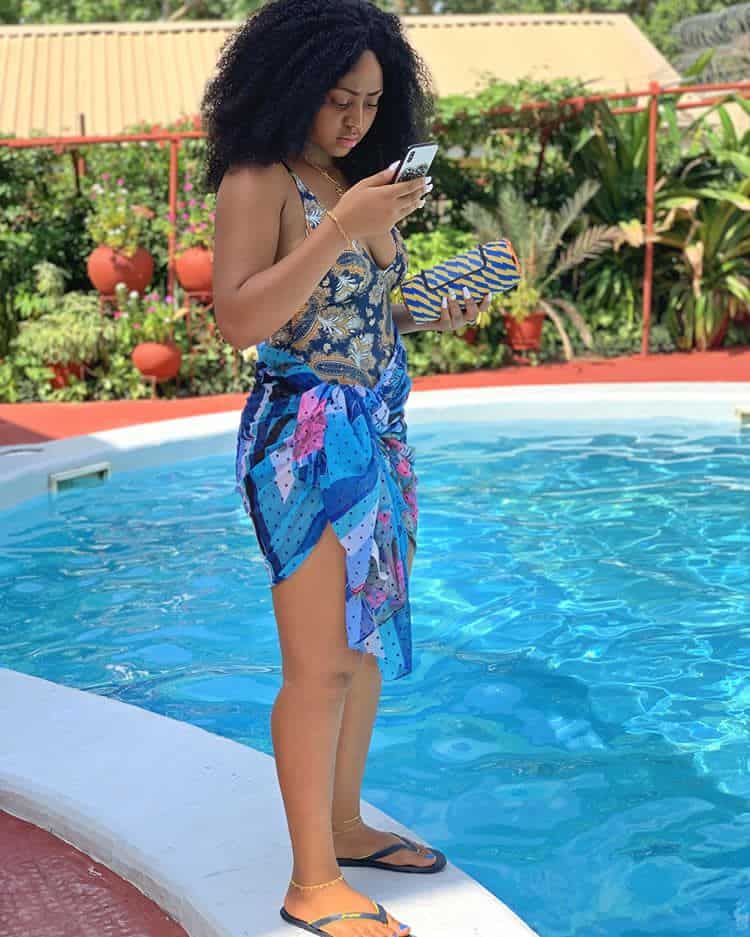 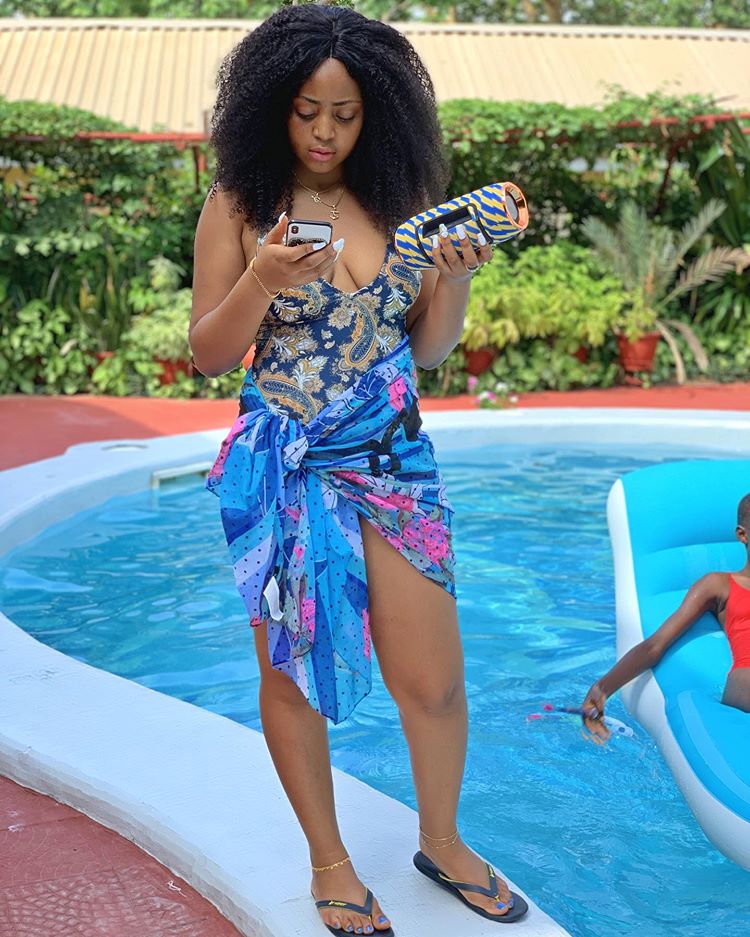 Because a young girl at age 19 should have a pencil-like breasts which are firmly upright and shouldn’t be a fallen one. See below some advises and trolling comments from concerned fans captured in screenshots by Townflex 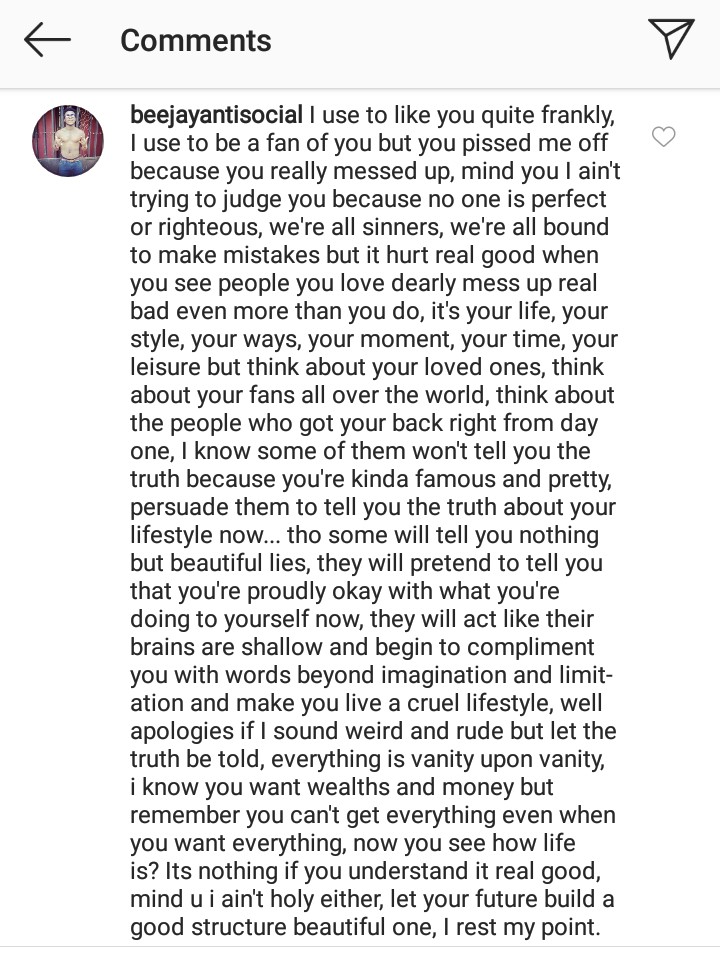 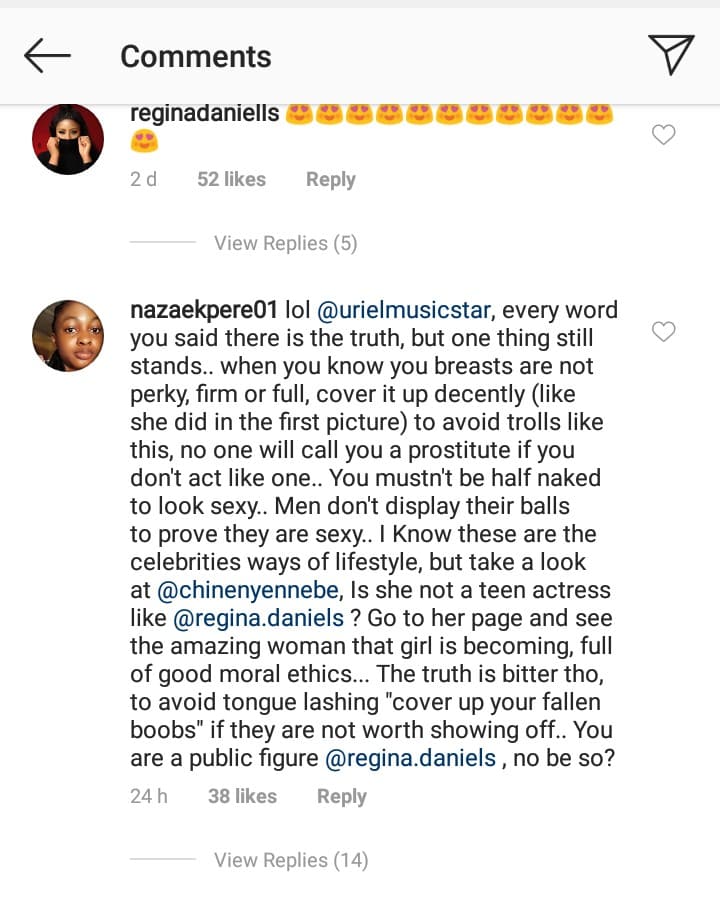 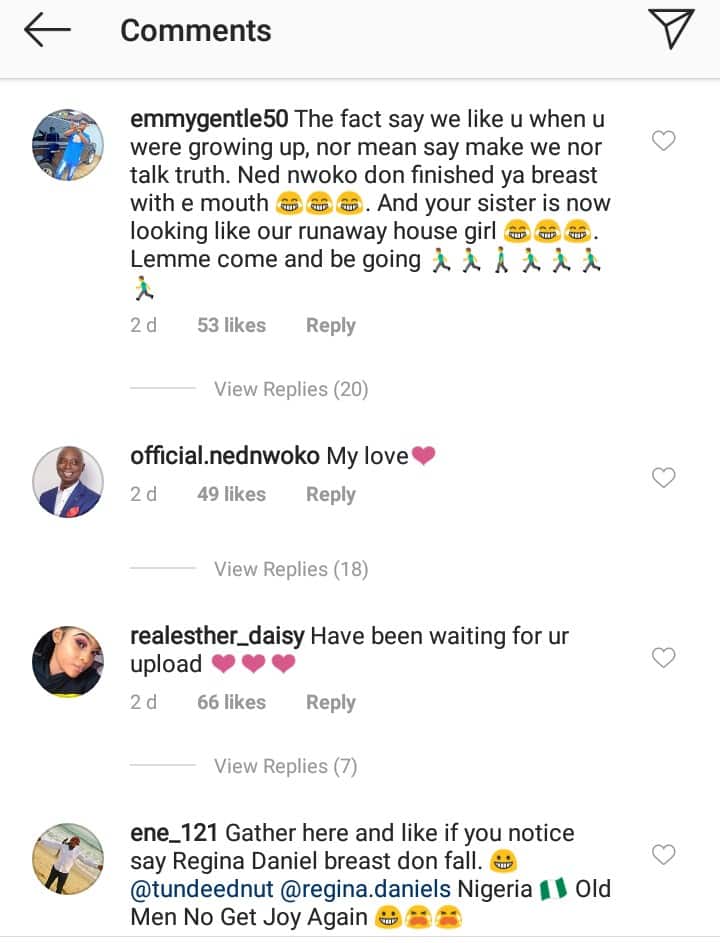 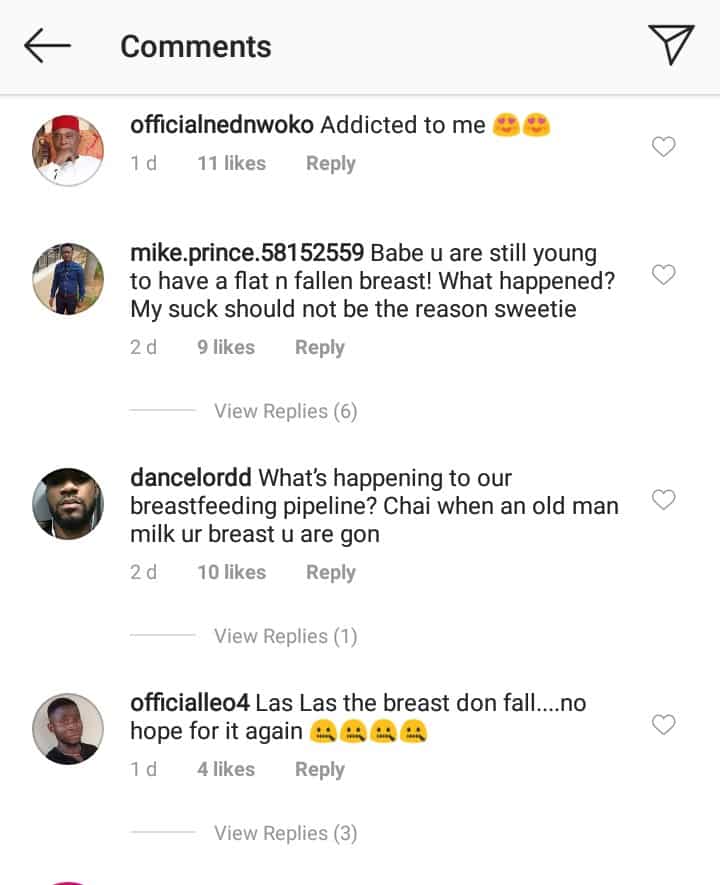 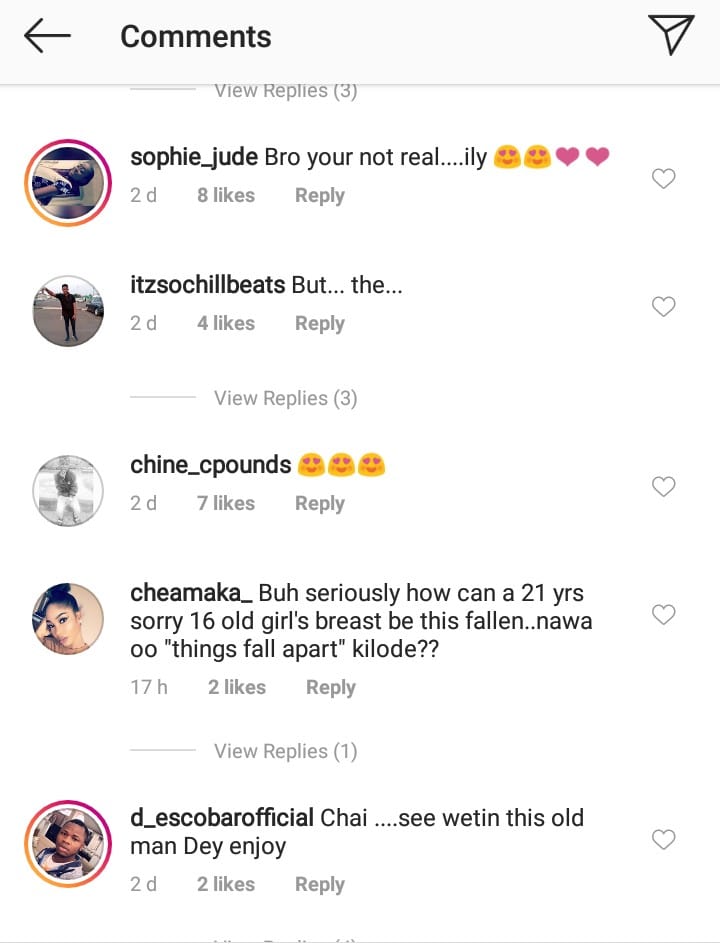 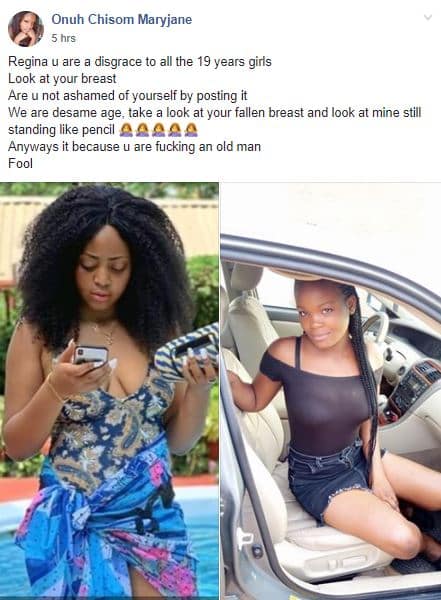 Loading...
Ned NwokoRegina DanielsRegina Daniels Fallen Breasts
1,182 1,182
Subscribe to our newsletter
Sign up here to get the latest news, updates and special offers delivered directly to your inbox.
You can unsubscribe at any time

Mother And Son Affair: Regina Daniels Shares Adorable Photos “I promise To Be Your…