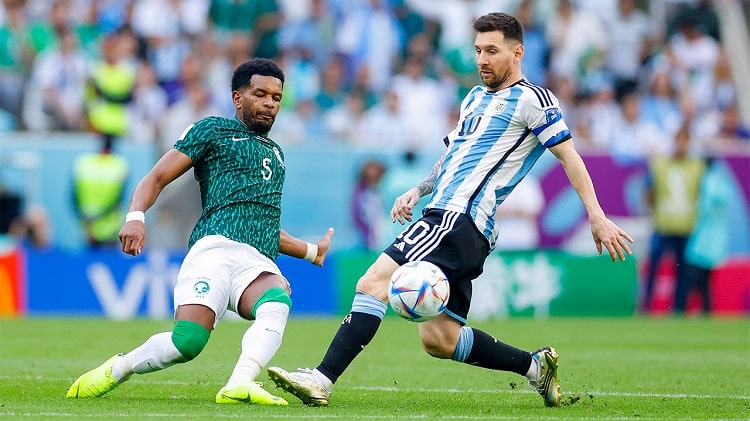 Argentina vs Saudi Arabia Highlights FIFA World Cup 2022: Group C game kicked off with Argentina facing Saudi Arabia which resulted in a shocking 2-1 defeat against the Argentines on Tuesday, November 22, 2022, at the Lusail Iconic Stadium, Lusail.

Saudi Arabia stunned Argentina to produce the first major shock of the World Cup and throw Group C wide open. considered one of the favorites for tournament victory.

For the Argentines, Leo Messi opened the score sheet of the game after netting a penalty in the 9th minute, which put Argentina on the lead with a goal ahead of Saudi.

Just minutes into the second half, Saudi Arabia scored a stunning equalizer through Saleh Al Shehri and then Salem Al making it count to match Messi’s goal bringing it to a 1-1 scoreline at the 47th minute.

Dawsari doubled the lead for his side, courtesy of a brilliant solo goal in the 57th minute bringing them ahead of Argentina making the scoreline 1-2.

The next group c match which comes off in few hours time is will be between, Mexico and Poland, who do you think will win this one.