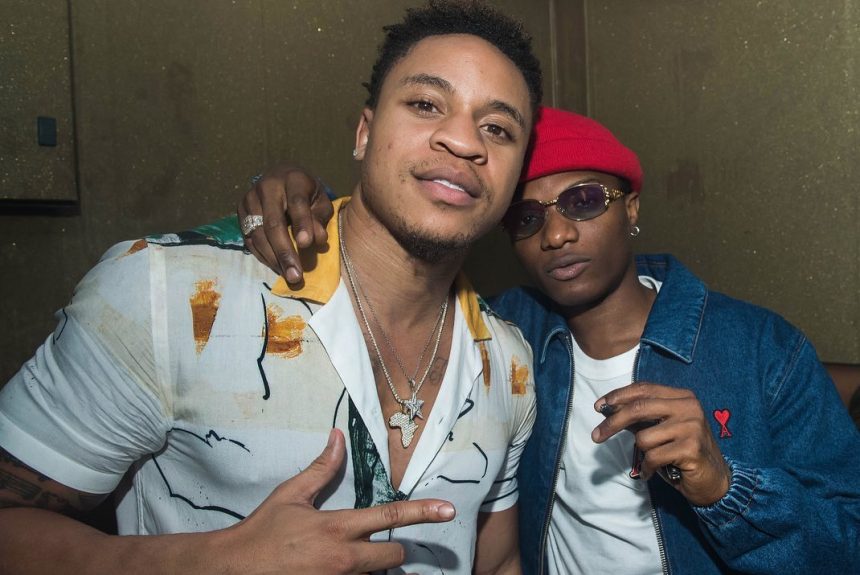 According to Rotimi, he has always known that Wizkid will be special.

This was remarked by the American singer and actor as he recalled their first meeting in 2012, during which the “Holla At Your Boy” hitmaker displayed modesty.

When Rotimi first arrived at the airport, Wizkid allegedly approached him immediately away to carry his suitcase out of respect.

The Power star asserted that Wizkid was at the time known but not very well known, but that he could tell that Wizkid had a good heart.

The singer claims that following their encounter, they became close friends and developed a strong bond.

Furthermore, he claimed that he knew Wizzy would be a special performer at that exact moment because their performances were always explosive.

To him, every time Wizzy visited a new event, he saw that it only appeared to grow larger.

According to Rotimi, huge things were anticipated to happen in the Afrobeats industry over the next five to 10 years, and their prophecies came true.

Interestingly enough, he continued by saying that they are still close friends now.

"I knew Wizkid was going to be special"

Meanwhile, in other news, Akon believes that Chris Brown might have been this generation’s Michael Jackson if it weren’t for his alleged gang affiliations.

On Monday (November 14), the Soul Survivor singer appeared as a guest on Shannon Sharpe’s Club Shay podcast, which covered MJ.

Breezy would have been the only entertainer even remotely capable of matching his legacy, according to Akon, if it weren’t….READ MORE