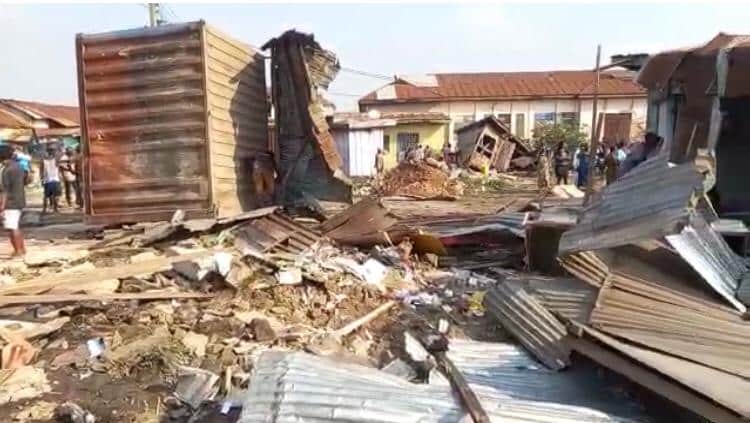 Reports gathered states that a private developer at Krofrom CPC in the Ashanti Region of Ghana has pulled down over 100 shops on Saturday morning as early as 5am.

According to reports, this new development happened today, Saturday, January 16, 2021, as early as 5 am even before the owners of the demolished shops came to the scene.

This is very bad that the owners of the shops had no chance to even pull out some of the items they had in their metal containers/shops before it got pulled down.

3news.com reported that some of the victims stated that all their investments have been destroyed due to the demolishing exercise that took place.

Mr. Richard Oseiwho is the purported owner of the land and in charge of the demolishing exercise claims that he has already served the occupants (owners of the shops) with an eviction notice about three (3) weeks ago.

The victims also claimed they had not received any notice from anyone regarding them vacating the said location in other to make way for the exercise, this happened unaware and they were not available to pack out their items.