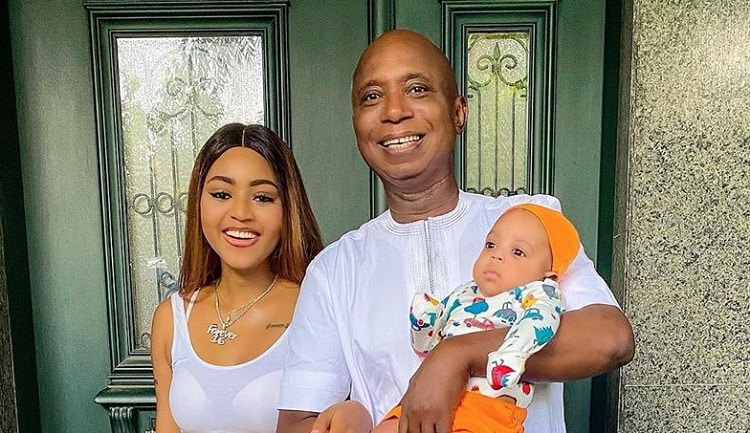 Nigerian politician and billionaire Prince Ned Nwoko has revealed how he saved his wives from going into prostitution.

The businessman made his statement in a recent interview, he voiced out saying that the best and sure way to keep young ladies from going into prostitution is by getting married to them.

According to Ned, he used marriage as an avenue to save his wives from considering the sex trade.

He also stated that an average Northerner marries two, three, four women and that is because they are just in a course to help the society.

See This: Ned Nwoko Reveals He Married Regina Daniels And His Other Wives As Virgins

Ned who is married to many wives including popular Nollywood star, Regina Daniels supported his above statement by saying it is the economic downturn that has affected so many women who eventually go into prostitution and all that.

“You see the average Northerner marrying two, three, four women, they are helping the society because it is the economic downturn that has affected so many women who you see doing prostitution and all that…” he said.