Here we Go, we presennt to you all the tracklist for Zylofon Music signed rapper, Obibini Diagrams EP

This album is made of some solid songs and features four solid acts as well in the likes of Sarkodie, Frydai, Young Boss, Feli Funa and Kweysi Swatt. with production credits going out to four producers who worked on it namely SevenSnares, Konfem, DJ Pain and Skinny Willis.

Townflex brings to you all the Full tracklist of Obibini Diagrams EP as shown below, see for yourselves the track names to expect, which artsite was featured on a particular song and the producer who worked on the song. 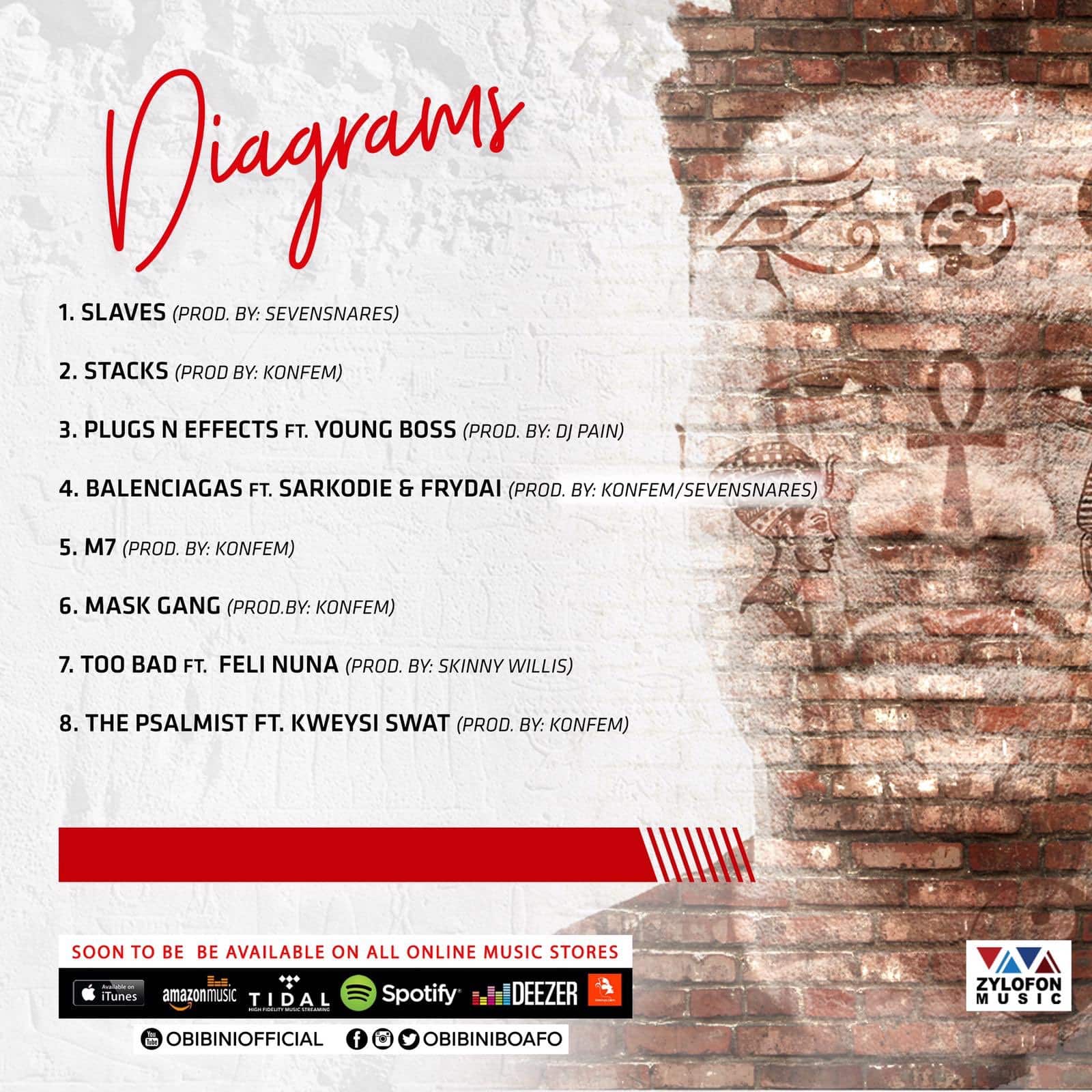