Burial date for late former President JJ Rawlings finally released, it will be held this January 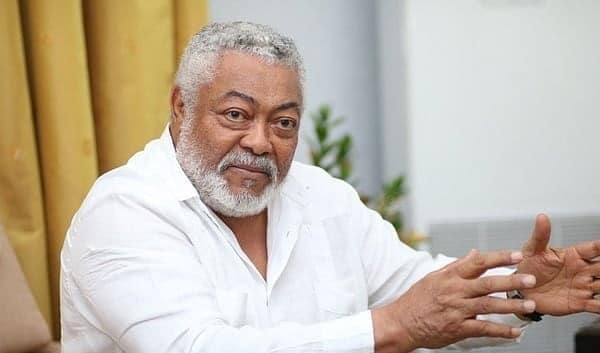 Rawlings funeral date announced: The funeral dates for the late President of the Republic of Ghana, F.L.T Jerry John Rawlings have finally been announced.

Several dates were announced earlier but they all were turned down and had to be postponed for reasons which have to do with the Family and the Government not agreeing on the dates set including other reasons that are not really made available to the public.

But finally, the dates for the burial of the former statesman Rawling has been announced in a newly released statement by The Ministry of Foreign affairs. Rawlings funeral date announced, see details below.

According to the statement, the body of the former President of the Republic of ghana F.LT. Jerry John Rawlings will be Laying-In-State from Sunday 24th to Tuesday 26th, January 2021 at the Foyer of the Accra International Conference Center (AICC), From 9:00 a.m. to 5p.M. daily; Mass on 26th January 2021, from 9:00 a.m. to 11:00 a.m. at the Holy Spirit Cathedral, Accra.

Jerry John Rawlings died on Thursday morning, November 12th, 2020. At the Korle Bu Teaching Hospital in Accra after a short illness, just a few days after burying his late mother.

Rawlings was survived by his wife, Nana Konadu Agyeman, and his four children, three daughters; Zanetor Rawlings, Yaa Asantewaa Rawlings, Amina Rawlings, and one so; Kimathi Rawlings. He died at age 73.

Finally opening up to her followers, Stefflon Don has revealed what ultimately led to her early separation from her Nigerian...