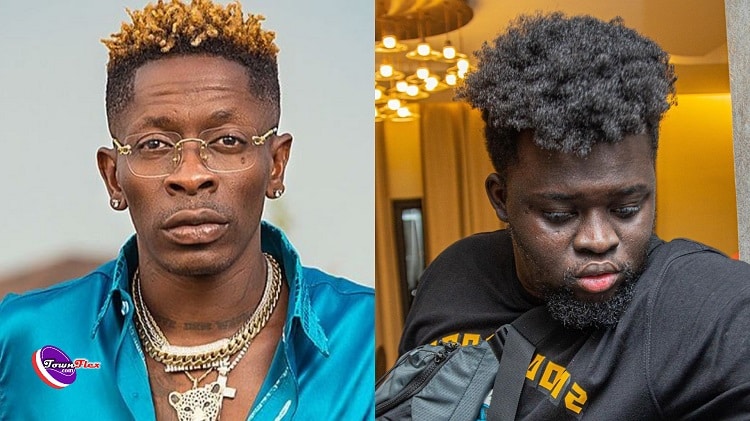 In a post we published earlier today, we made it known that there is a new beef between Wale and MOG where shots were being thrown all over.

It all began when Shatta Wale took to his Official Twitter page and made a list of some Ghanaian music producers whom he cherishes and loves working with and also said that because of their kind heart, he is ready to spray/spoil them with cash.

This post by Wale made MOG Beatz angry and felt he has been disrespected and had to drop some hidden secrets, MOG whose name was exempted from Wale’s list disclosed that the dancehall star has refused to pay him his money for the 10 solid beats he produced for him in on his 2018 released Reign Album.

The dancehall act born with the legal name Charles Nii Armah Mensah, who is known as the beef master and finds it hard to let go easily whenever people attack him came through with a response to MOG Beatz’s claims that he owes him money.

Angry Wale took to his Twitter page and made series of posts to condemn the producer, and claimed that he has already paid for the work he did for him in 2018, he also shared couple of screenshots of the transaction to prove that he owes him nothing.

“I won’t watch people like you to stop helping others ok .. If you say you I have not sent you cash upon cash b4 then make dis nonsense tweets ..This shows how ungrateful you are in real life ..No wonder I didn’t add u to my list ..My konko beatz hit before u came in P!!!!!” he tweeted.” 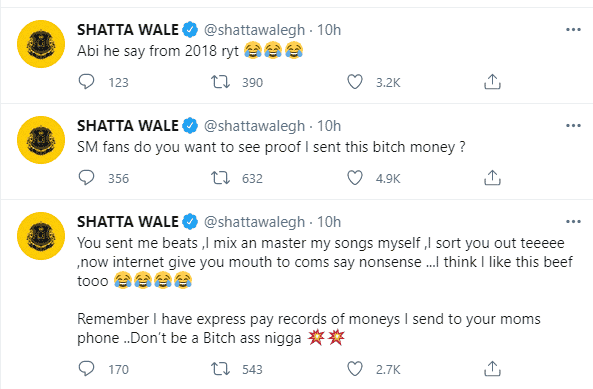 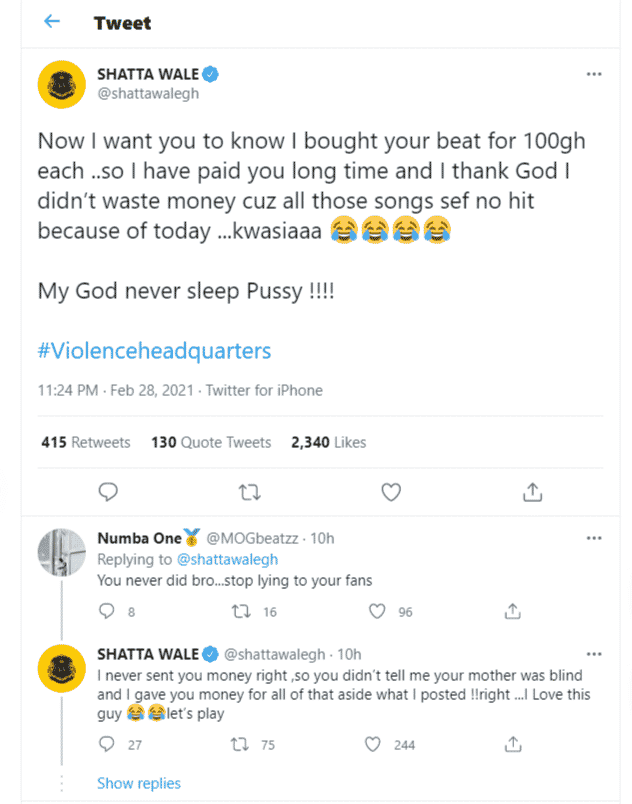 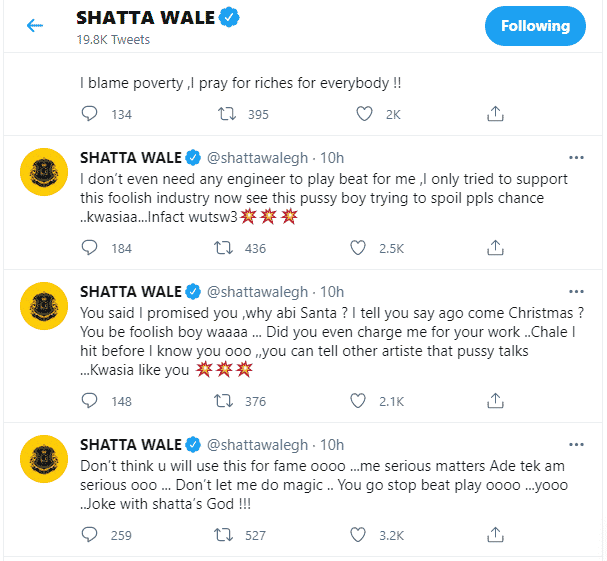 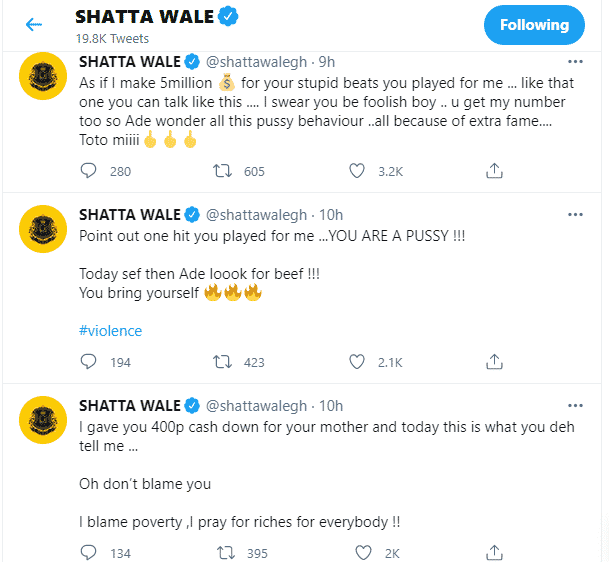 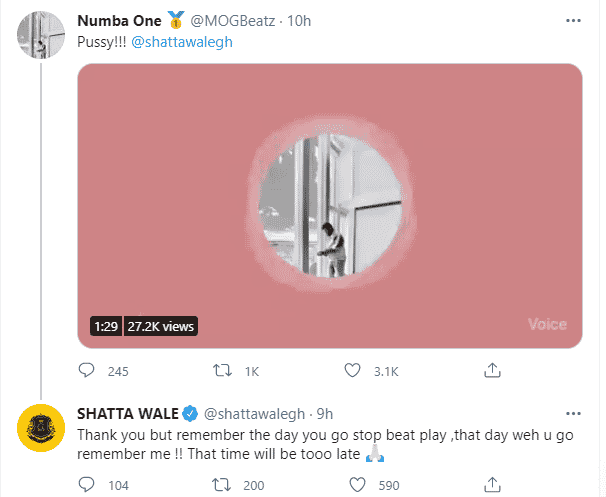 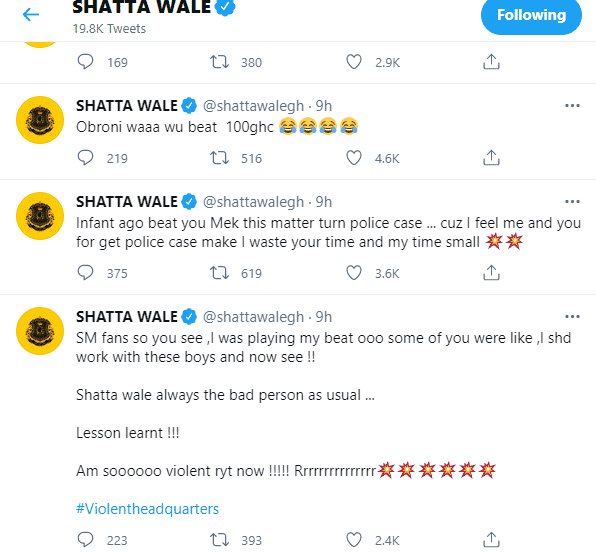 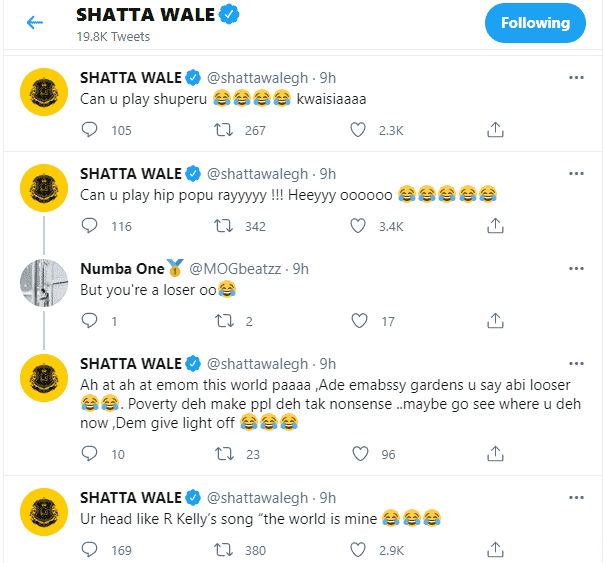 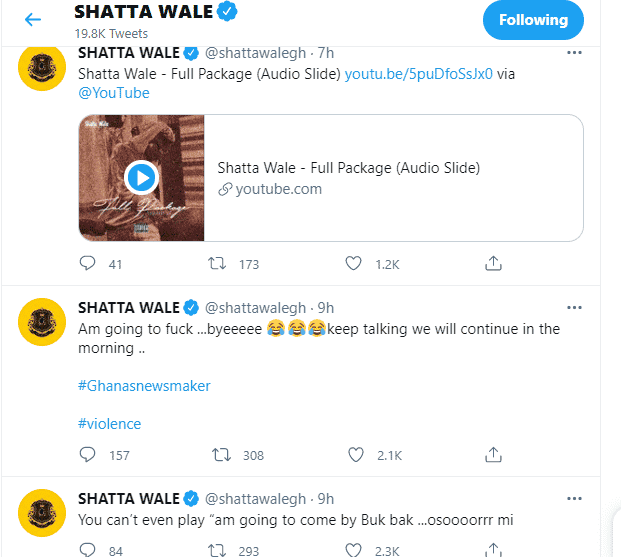