Watch Video: Stonebwoy Says He ”Never Pulled A Gun” At VGMA Or At Sarkodie’s Show

"I Never Pulled A Gun At VGMA and At Sarkodie's Show As The Media Portrayed", Stonebwoy Clears The Air For the First Time (Watch Video) 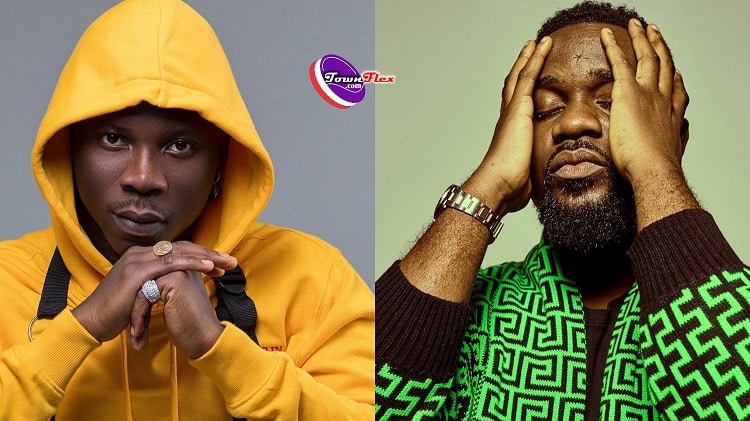 Ghanaian Afropop, dancehall, and reggae singer. He is the CEO of Burniton Music Group Livingstone Etse Satekla, better known by his stage name Stonebwoy clears the air for the first time following reports that he pulled a gun in public.

If you all will remember, in 2019, the Burniton Music boss was in the news for pulling out a gun, an incident which took place at Vodafone Ghana Music Awards 2019, between himself and Shatta Wale which ended with the two artistes getting banned from the awards scheme till date.

Later in August 2020, just a few months back, the Putuu was again in the trends following the issues he had with the manager of the rapper, Sarkodie, “Angel Town” at the rehearsal session of Sarkodie’s Black Love Concert which he apologized to,  but reports had it that the dancehall artiste pulled out a gun there too.

Also Read This: Ogidi Brown To Sack Cryme Officer After He Released A Video Warning Him To Stop Attacking Fameye

Stonebwoy in a new radio interview on Peace FM hosted by Kwesi Aboagye, yesterday, Saturday, January 9, 2021, for the first time cleared the air as to what happened.

Stonebwoy answered to questioned asked by Arnold if he did pull out a gun at VGMA, Sarkodie’s Show, and Zylofon case, he answered by saying that He never pulled a gun at the 2020 VGMA’s as well as he never also pulled out a gun regarding his misunderstanding with Sarkodie’s manager.

He added that he will not like to mention names but he knows very well that it was just a plot by some people just to get at him.

He told the host that he never pulled out a gun at VGMA’s and at Sarkodieas Black Love Virtual Concer as the media portrayed by the media.

According to the dancehall recording artiste, on the night of the VGMA Awarg in January 2020, he has a gun, he was strapped but he never pulled it out.

Speaking on his issue with his former record label, Zylofon media, he said that for that particular situation was a totally different one, there was attack, people who attacked them were with all sort of weapons trying to snatch their money and the car keys, and it was because he was with a liscensed gun if not for so he would have been dead by now, and he used the gun at that moment in self defense. watch the video below.