Watch Video: Ogidi Brown To Sack Cryme Officer After He Released A Video Warning Him To Stop Attacking Fameye 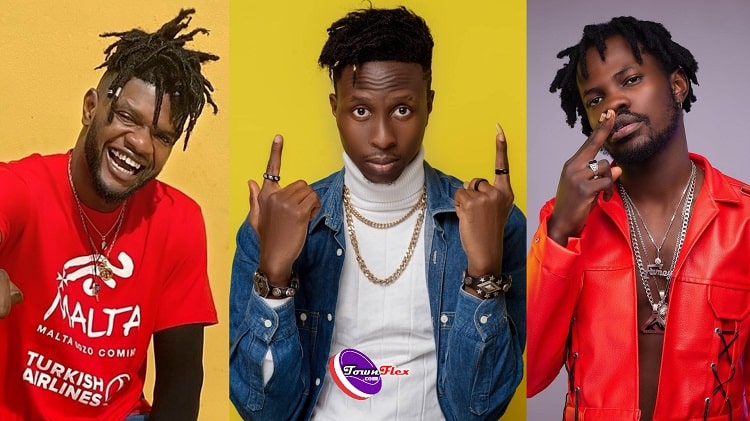 Ogidi Brown was speaking in a radio interview on Friday, January 8, 20201 at Kingdom Plus FM hosted by Fiifi Prat to promote his newly released Gospel song “3n3 Nipa” a song he claims to be a gospel song but described by many as a diss song to his former signee, Peter Famiyeh Bozah aka Fameye.

Speaking further in the interview, the host told him there is a trending video of his newly signed act sending him warning regarding things he [Brown] is doing that he is not happy about.

In response to the above statement, the OGB Music boss said, he has seen the video and he was not happy with it, and that the management is now about to sit to address the issue, and in other for him to put an end to this so it doesn’t happen again, he will stop working with Cryme Officer (Which means he will be sacking him from OGB Music Record Label).

If you guys will recall, we published a post about Cryme Officer sending advice to his manager Ogidi Brown telling him to stop the attack on Fameye else he will have no option other than to quit his Record Label.

Cryme officer’s video went viral after he shared it on social media, saying he decided to use social media as his medium of communicating to his manager because his manager was not answering his calls.

TV presenter Nana Ama McBrown has acknowledged rumors that she underwent liposuction in order to seem attractive on camera. The...