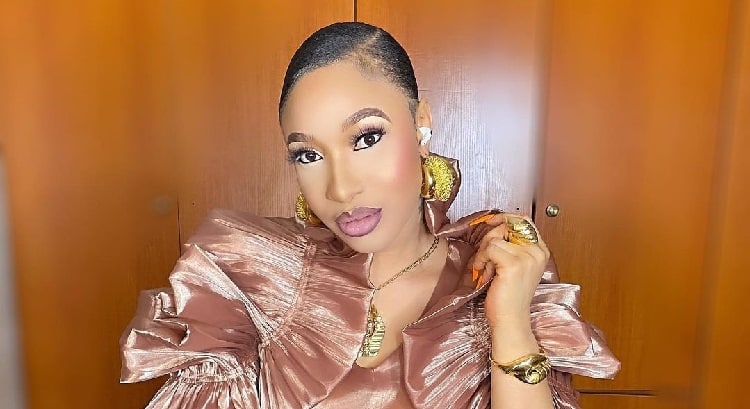 Popular Nigerian actress and mother-of-one, Tonto Dikeh, has revealed she’d get into politics in the near future.

According to a comment she dropped on her page, she hinted that she’d become a Senator of the Federal Republic of Nigeria someday.

Her disclosure is coming after she met with Senator George Akume, the Minister of Special Duties and Intergovernmental Affairs with some CYMS delegates.

Tonto Dikeh had uploaded pictures from the event and a follower of hers took to her comment section and asked;

“Tonto do you intend going into politics someday?”, a question which she answered in the affirmative.

“You are looking at a future Senator”, Tonto Dikeh responded.

See their exchange below;