Bulldog granted GH¢70,000 bail after he was arrested for allegedly threatening President Akufo-Addo

Bulldog granted bail finally, and the case has been adjourned to January 28, 2021 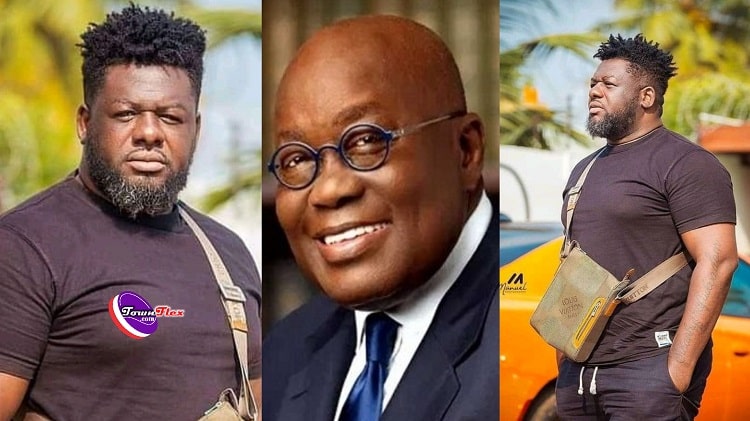 Bulldog granted bail: Artiste manager, Lawrence Nana Asiamah Hanson who is popularly known as Bulldog (Bullgod) has finally been granted bail of GH¢70,00 after his arrest.

Bulldog on Wednesday, January 13, 2021, appeared before an Accra Circuit Court Charged with “offensive conduct, conducive to breaches of the peace,” for allegedly threatening President Nana Addo Dankwa Akufo-Addo in a video recording, but he pleaded not guilty.

Mr. Hanson on Nana Ama Mcbrown’s televised show dubbed United Showbiz aired on United Television (UTV) on Saturday, January 10, passed a comment about Akufo-Addo saying that “the President will not finish his tenure and that he will run away if he failed to pay customers of Menzgold their deposits.”

See This: Akufo-Addo performed poorly in his first term due to failure of his ministers – KNUST lecturer

Bulldog granted bail
Defense Counsel, Jerry Avernorgbor prayed the court to admit his client to bail as he has people who were ready to stand surety for his client.

According to Jerry Avernorgbor, his client is well known, and that he would be very grateful if he could be admitted to self-recognizance.

He also added by drawing the attention of the court to the fact that the accused has been in custody for the past 48 hours and justice would be served if he was admitted to bail by the court.

Defence counsel said his client would not interfere with investigations and Hanson had no intent of committing any further crime now or in the future.

The court presided over by Evelyn Asamoah admitted Hanson to a bail in the sum of GHC70,000 with three sureties, two of whom are to be public servants.

The court further ordered Hanson to be reporting to the Police every Monday and the Police were directed to comply with the directives on disclosures.

The matter has been adjourned to January 28. Keep visiting Townflex.com as we promise to keep you updated on this case. Do not forget to click on the bell icon in the bottom right corner to get all our fresh news updates first in your browsers notification.