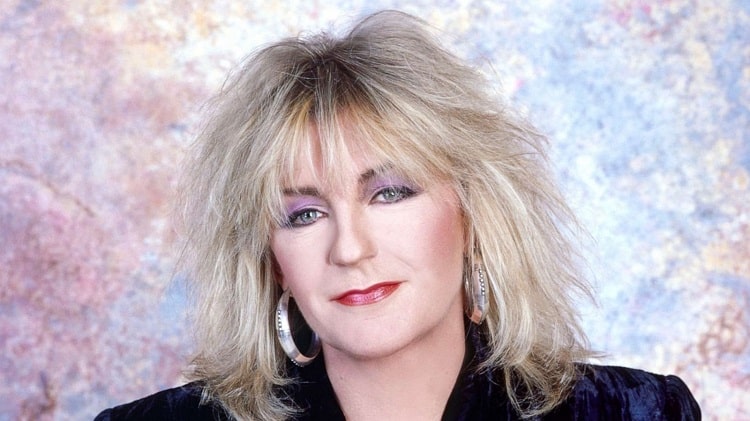 Christine McVie died on Wednesday, November 30th, peacefully at the hospital with her family by her side
SHARE

British musician, and the vocalist, Christine McVie has been confirmed dead.

The silky-voiced singer, and keyboardist of Fleetwood Mac, which she joined in 1970, passed away on Wednesday, November 30th, 2022.

The news of her death was made known to the general public via a released press statement shared on her verified Instagram account, released by her Family.

According to the statement, the singer who passed away at age 79, died a peaceful death following a short illness, she died in the company of her family in the hospital on Wednesday morning.

“On behalf of Christine McVie’s family, it is with a heavy heart we are informing you of Christine’s death. She passed away peacefully at hospital this morning, Wednesday, November 30th 2022, following a short illness.

“She was in the company of her family. We kindly ask that you respect the family’s privacy at this extremely painful time, and we would like everyone to keep Christine in their hearts and remember the life of an incredible human being, and revered musician who was loved universally. RIP Christine McVie.” The statement read.

In a statement posted on her account, Fleetwood Mac also paid tribute to McVie.

In their statement, the expressed how sad they feel on learning of the death of one of their own, Christine. they described her as truly one of a kind, special and talented beyond measure. Their statement reads below.

“There are no words to describe our sadness at the passing of Christine McVie.

“She was truly one-of-a-kind, special and talented beyond measure.

“We were so lucky tohave a life with her. Individually and together, we cherished Christine deeply and are thankful for the amazing memories we have. She will be so very missed.”

The British singer-songwriter was behind hits including Little Lies, Everywhere, Don’t Stop, Say You Love Me, and Songbird.

In 1998, McVie was inducted into the Rock and Roll Hall of Fame as a member of Fleetwood Mac, and received the Brit Award for Outstanding Contribution to Music.

The same year, after almost 30 years with the band, she opted to leave and lived in semi-retirement for nearly 15 years.

She released a solo album in 2004. In September 2013 she appeared on stage with Fleetwood Mac at the O2 Arena in London, before rejoining the band in 2014 prior to their On with the Show tour.

In 2006, McVie received a Gold Badge of Merit Award from Basca, now The Ivors Academy.

In 2014, she received the Ivor Novello Award for Lifetime Achievement from the British Academy of Songwriters, Composers and Authors and was honoured with the Trailblazer Award at the UK Americana Awards in 2021.

She was also the recipient of two Grammy Awards.