Agya Koo Reveals: Life Was Difficult For Me When I Was Sidelined

Ghanaian veteran actor and Comedian Kofi Adu best known as Agya Koo made some revelations in an interview on how life became unbearable for him when he was sidelined by movie producers/directors. 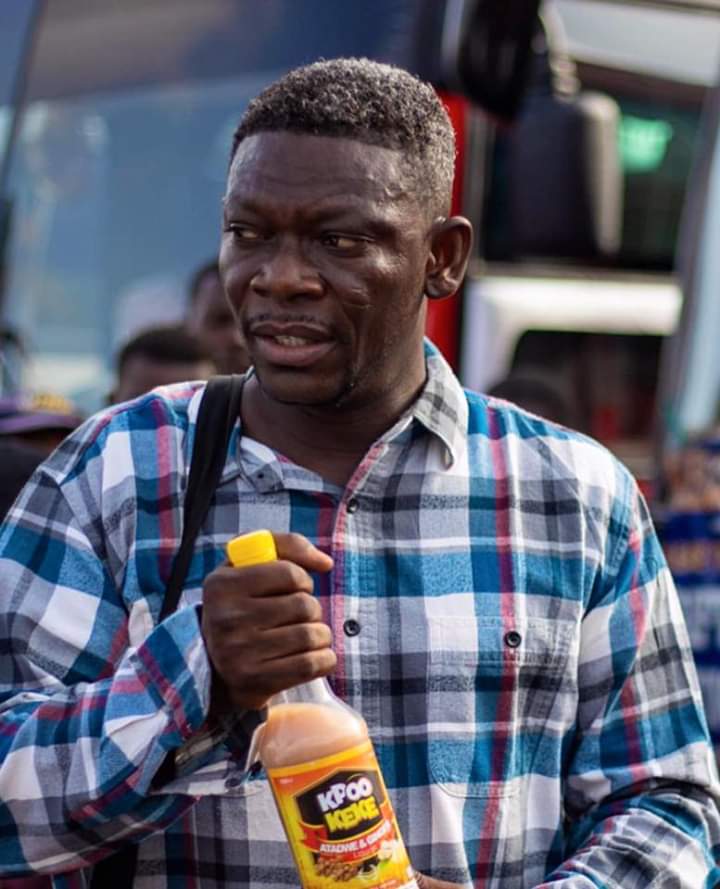 According to the veteran actor, he has been absent from the movie scene for seven years due to a problem he encountered which stroke him financially unstable.

We blacks with our mentality and how we do our things is just a pity, according to him his absence from the movie scene for seven years was engineered, and therefore there are some evil people behind his current situation. But will address them to the public at the appropriate time.

I went through some financial challenges when I was sidelined because it was unexpected. My wife is currently living outside the country and she supported me through those hard times. I wasn’t able to offer help to people I use to but I was able to go through”, – He Narrated.

Agya Koo is now back and is currently on set shooting a new movie titled Away Bus, with the like of John Dumelo, Kalybos, Fella Makafui, Moesha Boduong, Akuapem Poloo and many other great talents, Away Bus is Scheduled for premiere on April 20th.

Here We Go, Actress Moesha Boduong Sends A Message To Her Haters

Moesha Boduong opens up after she was tagged with HIV

Queen Haizel Is Back, Still Alive Not Dead: See Photo