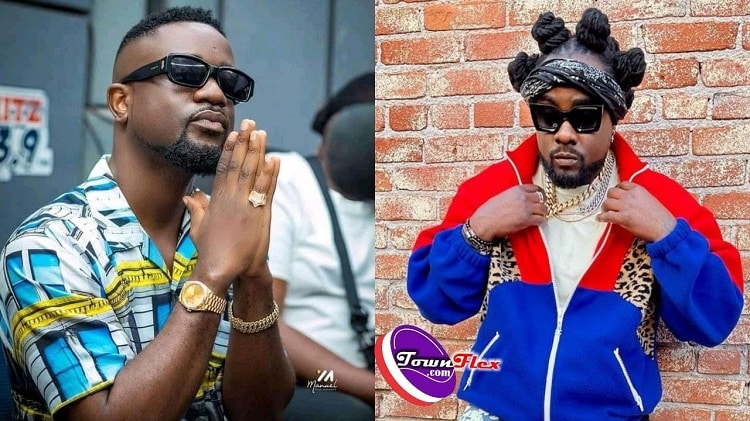 Ghanaian rapper Sarkodie opens up as he speaks on how he got American rapper, Wale to be part of his newly released No Pressure Album.

Sarkodie on Tuesday morning, August 3, 2021, granted a radio interview with Sammy Flex on Zylofon FM to promote his album.

The Ghanaian rapper and Sarkcess Music boss, Sark is out with his much-anticipated studio album released on 30th July 2021.

When asked about Wale, Sarkodie took his time to clear the social media brouhaha where some fans began to compare the two rappers.

According to the rapper when asked how he got the American rapper who is born with his legal name as Olubowale Victor Akintimehin, said it was a smooth process and it was not stressful.

He revealed that the only thing he did was reach out to him via dm and Wale responded, they had some discussions about him wanting to feature him on a song which he agreed.

Sarkodie added that the American rapper said he liked the kind of music Sark does so he sent him two songs and he chose to work on Fire works, which is the 9th track on the 16-track album.

Watch the video of the radio interview below.

In other news, Sarkodie has signed a new contract with Sony Music Publishing UK.

This new contract is just great news for Sarkodie and his entire Sarknatives as well as a boost for the Ghanaian music industry.

This great news comes just a few days after the rapper released his much anticipated 15-track No Pressure Album which is already topping charts.

Sony Music Publishing UK in announcing the deal took to their official and verified Twitter account on Monday, August 2, 2021, to share photographs confirming that Africa’s most decorated rapper, Sarkodie is now a member of their family.