WHAT DOES OLE THINK WILL BE KEY AT ANFIELD? 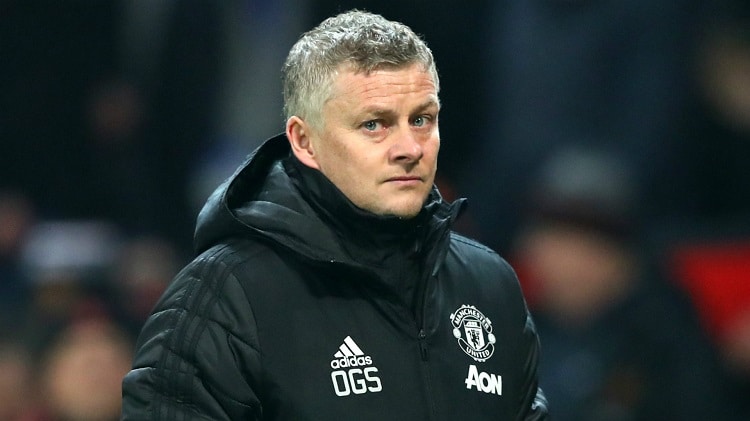 Ole Gunnar Solskjaer says he loved the intensity of Liverpool v United games as a player and he’s feeling the same about Sunday’s huge clash.

We sit top of the Premier League table, after a battling 1-0 victory in the game in hand, away at Burnley, and our manager insists he and his players “believe we can go on to bigger and better things.”

Ole has urged caution in getting too excited about our position, rightly so given it’s only January. But, during his pre-match interview with Stewart Gardner, the boss insisted his players go into Sunday’s match with great confidence and a real desire to push on further…

Firstly, Wayne Rooney has been named as the new Derby County manager on a permanent basis – how do you think he’ll get on?
“Great news for Wayne and I really wish him all the best. I think he’s got everything going for him to be a good manager. He’s had a very good career, he’s got a very good personality and he wants to have success. He’s played under some top managers and I’m sure he’s over the moon at the moment, so congratulations to him.”

Bruno has been named Player of the Month for a fourth time in the league. We know all about his goals and creativity but he’s also one of the top pressers in the league. Is that another side of his game that isn’t really spoken about?
“He always more or less tops the charts for total distance and high intensity. He’s got a great hunger and desire to win so that’s part of his game that people maybe don’t look at, but we appreciate all he’s putting in. Of course all the goals and assists are one part of it, all the other bits are the things that really can make the difference for us. We’ve got talented players, definitely.”

Amad Diallo has come in – how’s he looking and what’s the plan?
“Amad has looked really comfortable and he’s settled in really well in training. It shows how technically adept he is and, of course, we’ll give him time to settle and adjust, but hopefully we can see him on the pitch in not too long. He’s definitely done well in training.”

Would he be involved in the U23s first of all or could he go straight into the first team?
“That’s the decision we have to make with the bubbles and all this, they need competitive games and at the moment we don’t have any. He will be training [with us] and let’s see when he’ll get his first game-time – if it’s from the bench with us or with the 23s, likely to be the 23s of course.”

Tim Fosu-Mensah left the club this week. Could there be any more departures this month, even possibly on loan for those who might need some minutes?
“You can’t really say no because in football things just crop up. There are opportunities that we can’t really say no to and if it’s the best for the club and the player then its something we look at. At the moment I can’t update you on any of them, I don’t really know where any negotiations are [up to]. We wish Tim all the best – six-and-a-half years I think he was here. He’s an exciting talent and he’s got the attributes, but he needs to play. When he gets regular game-time I think we’ll see him for Holland and we’ll see how good a player he is.”

Looking ahead to Sunday’s game, where’s your biggest selection headache as manager?
“There are loads of headaches but they’re good headaches because at the moment we are playing well and we’ve got good players who are knocking on the door wanting to play more. I’ll give everyone a chance to prove their fitness and hopefully we can be at full strength. At the moment, it’s only Brandon [Williams] and Phil [Jones] that are definitely out. There are a couple that are doubts, but we’ll see on Sunday who’s fit.”

It’s almost a calendar year since we were last beaten away from home, on our last visit to Anfield. What sort of impact on confidence does that have and are the players going into every game away from home thinking why can’t we win this?
“The boys have to be confident going into the games when you get results and performances like we’ve had. It’s human nature. Confidence is not just something you can give them, they work to get that confidence. Then going away to Anfield, playing against the champions who haven’t lost there for three-and-a-half years, that’s a different challenge. That’s not one that you just turn up to and win because we’re confident. There is much more than that which has to go into the game and preparation. It’s about the mindset and how you prepare your head for every single little moment because we know in these games that small moments can decide them. We saw that in the Carabao Cup [against Manchester City] when we conceded from set plays and last time we lost to Liverpool they had a corner and scored and we had a corner in the last minute and they counter-attacked and scored. So there are fine margins and small differences… maybe a decision that’s wrong or right that can change the whole course of a game or a season.”

It’s a remarkable turnaround in points since that last game at Anfield…
“Yes and that’s the product of all the hard work that everyone in the club – the staff, the players, the supporters, everyone has done. There’s been loads of hard work and loads of patience to get to the position we’re in now. But it’s like if you climb Kilimanjaro or Mount Everest and you get to the top and you sit down and relax – what happens then? You’ll freeze to death. So now is the time to push on and go again. There is a definite shift in mentality of the boys that we can believe we can go on to bigger and better things.”

Did you enjoy this game as a player or was it a stressful experience?
“I loved it. I loved playing in big games, I didn’t play many of them because loads of times I was on the bench coming on. I played when Diego [Forlan] scored a couple [at Anfield] and I absolutely loved the intensity of it and celebrating in front of our fans. I was on the bench when Pally [Gary Pallister] scored a couple of headers too. When there are fans there and you can quieten them down and the away fans are singing louder than the home fans then that’s a great feeling. Now we don’t have any home fans to quieten down, so it’s a different mindset going into the game.”

The fans do have an impact going into this game – will this therefore be the strangest of all the fixtures we’ve had over the last nine months or so that has no crowd?
“I think the results over the last year or nine or 10 months or so have shown how important the fans are. The win-rate away from home compared to home, shows that the fans do play a big part in football and the passion that they give. I cannot wait to get everyone back, but in the meantime we’ll do whatever we can to please everyone who is at home.”