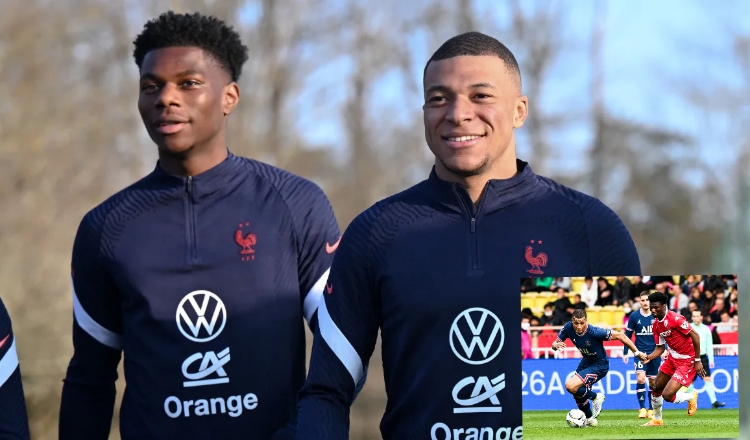 Deschamps has called up Aurelien Tchouameni, who is expected to be a starter for Les Blues in the 2022 World Cup.

Following his move to Real Madrid, the 22-year-old stands out for his maturity and strength, as well as his calmness when he is under pressure.

Real Madrid may not have spent a lot in recent years, but the acquisitions they made were high-quality ones. One such move appears to be the choice to sign Aurelien Tchouameni from AS Monaco.

As of right now, he appears to have been a brilliant choice made by Los Blancos and someone who can play a significant role in this team for the next ten or so years.

In an interview with L’Equipe, as reported by Marca, he discussed about his first steps into football at a very young age.

“At 11-12 years old, when I started in Bordeaux, I would play the games without eating,” he said.

“Otherwise, I knew I was going to throw up because I was under a lot of pressure.

“When I started, I managed to do good things, but I lacked consistency. My agent told me: ‘You have to be good everywhere but, after a while, you have to excel in one area’.

Tchouameni spoke about playing in the LaLiga Santander

“This is my destiny. That means I’ve worked hard, that I’ve made sure I got here. Now that I’m here, what do I do? I have to earn my starting spot, I have to perform well, I have to win titles. So, I’m not here to watch.”

On conversation with Mbappe

“It was a very interesting conversation with Kylian.”

“In June he decided he was going to stay and he was teasing me with [PSG defender Presnel] Kimpembe.”

“Come on, you have to come too [to PSG]!’ But my choice had already been made a long time ago. We laughed.”

“We are a group and we are not all here to be friends, but to respect each other and win,” he noted.

“I didn’t come in saying to myself: ‘Okay, I have to be friends with so-and-so’.

“I’m lucky to have a lot of French speakers in the group, so the adaptation is easier.

“If Case was still here, I wouldn’t play so much. Anyway, in Madrid, if you’re not good, you don’t play. So if I’m playing a lot of games, it means things are going well.”