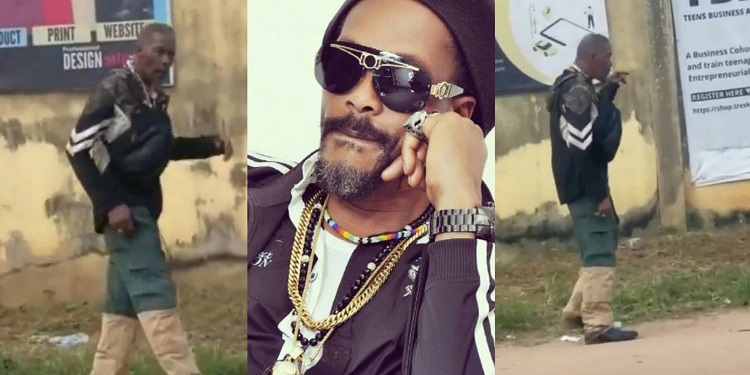 Hank Anuku, a seasoned Nollywood actor, has finally spoken out in response to the upsetting video concerning his health.

A few days ago, a number of videos circulated on social media showing a man posing as actor Hank Anuku wandering the streets of a city appearing scruffy and muttering to himself.

In order to refute rumors that Hank Anuku was running about the streets insane, seasoned actress Shan Goerge appeared.

She claimed to have spent three days on the same set as actor Hank Anuku. Actresses Nancy Iheme and Adannma Luke, however, refuted claims that Hank Anuku was in good health.

Hank Anuku has emerged to respond to the revelation of his mental instability and his physical state in the midst of the uproar.

Hanks Anuku urged people to stop spreading and creating false stories about him in a video posted on his Instagram feed on Friday.

The actor said that anyone who needs assistance can get in touch with him and that he is available for all filming projects.

The seasoned actor claimed that he had worked on a set, adding that the Holy Spirit wouldn’t pardon anyone who used images and video taken on a set to malign him.

See Also: Against Uruguay, It Will Be Time For Revenge: Mohammed Salisu