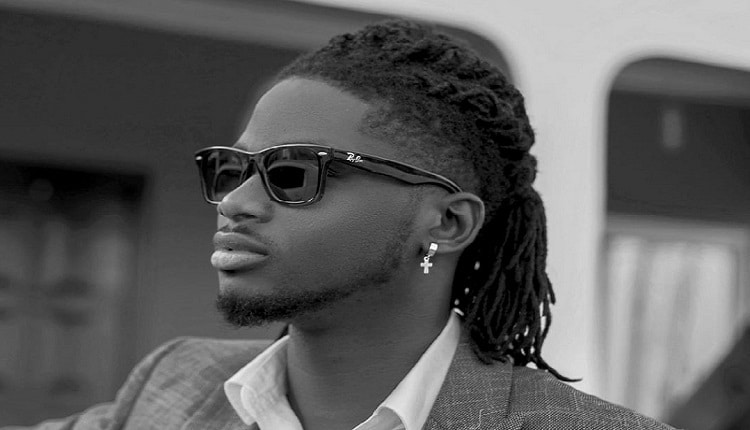 my father gave up on me at age 13
SHARE

Lynx Entertainment signed singer, Kuami Eugene has revealed that his father gave up on him while he was young at the age of 13.

He made this known in a recent interview with Stacy Amoateng on her Restoration show.

According to him, his father decided not to spend any money on his upkeep due to his stubborn lifestyle, thinking he has no bright future because of that his life will bring/yield no good thing at the end but rather troubles.

He went on by saying that support coming from his father ended when he was in JHS, even though he was a clever student he just wanted to do something else other than academics, as at that time his dad was still supporting his other siblings.

Kuami revealed that in his presence his father told his mom directly that he was too stubborn and that he was no more willing to spend a cedi of his on him.

The Open Gate hitmaker went on to shower praises on his mother even after his father gave up on him his mother never did, and that he is very grateful for.

Kuami Eugene said that he is not going to blame his dad for losing hopes in him but it’s because he could not take his stubbornness any longer.

“I was stubborn, and to emphasize, I was raised in Fadama (a suburb of Accra), so my level of stubbornness was high and you need to be a tough mom to be able to handle me.

“You need to be somebody who never gives up to handle me because I was really stubborn. So I don’t blame my dad sometimes, perhaps he just couldn’t handle it anymore.”

Still praising his mom, he added that his mom became well known in their community because she sometimes moves from one game center to another all in the name of looking for his son.

“My mum means a lot to me. I owe her. Whoever I am today, she had to put me here and I learned a lot from her,”