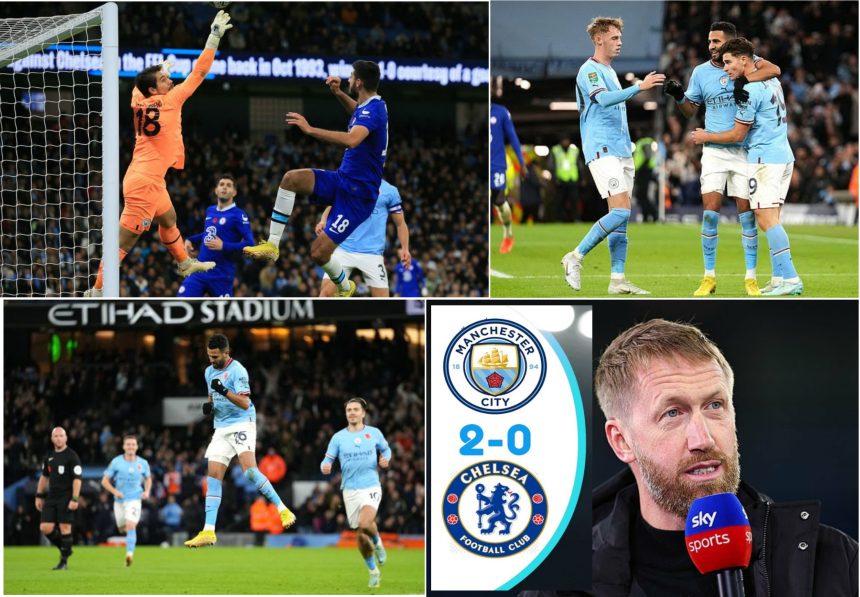 Despite his team being overwhelmed by Manchester City in a 2-0 Carabao Cup loss, Chelsea manager Graham Potter feels there were “quite a few positives” as his team’s losing streak continues.

Chelsea lost 2-0 to Manchester City on Wednesday, sending them out of the Carabao Cup third round.

Christian Pulisic and Lewis Hall were both given excellent opportunities in the first half but ultimately failed to convert for Chelsea due to a superb effort by Manchester City goalkeeper Stefan Ortega. 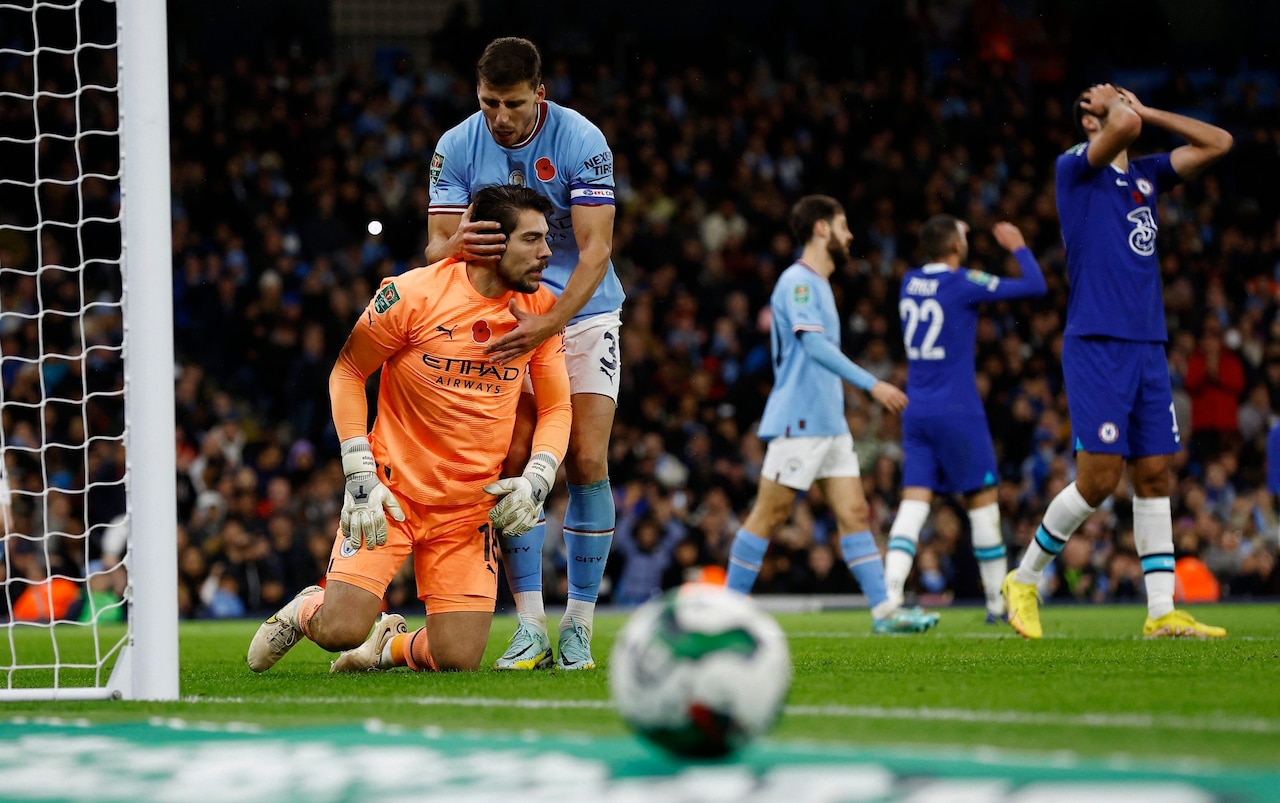 Early in the second half, Riyad Mahrez’s superb free kick put the Citizens ahead, and five minutes later, Julian Alvarez doubled their advantage with a predatory finish. 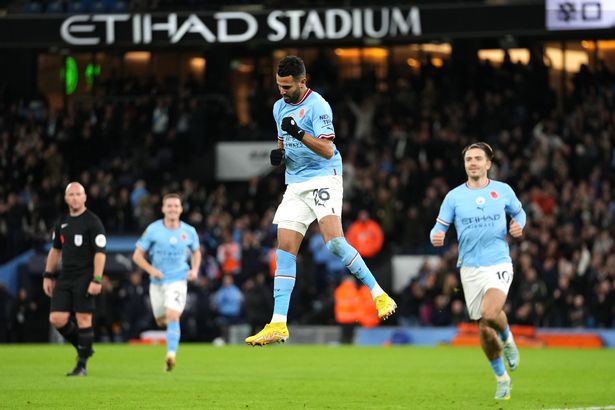 Pep Guardiola’s team advanced to the competition’s fourth round after punishing the Blues for squandering a plethora of chances before the break.

Prior to the encounter at the Etihad, Chelsea’s manager, who had suffered consecutive league losses to Brighton and Arsenal, was eager to concentrate on the positive developments.

In his post-game press conference, Potter stated: “I thought there were quite a few positives.”

“Obviously we are disappointed with the result but in terms of how we played, we created some good chances and there was a better structure and a better performance level.”

“The team looked closer to what we want it to look like. The boys had great courage and they tried against a top team.”

“Their keeper got the man of the match I think, which tells a bit of the story. But overall I think it was a step forward for us.”

“We weren’t perfect, but did a lot right in the game. It was a pleasing performance, a step forward in how we want to play.”

“I’m disappointed with the result but happy with the performance.”

“We had some big chances. You won’t get many bigger ones here. We had big courage to try to play out. The boys showed quality and courage. I liked a lot of what we did today.”

Potter on his defence

“We could have done better for their goals. The wall could do better. It’s those fine details you can improve but performance-wise I’m really happy.”

“Lewis Hall did brilliantly. Fantastic performance. Great quality and effort. He took responsibility.” “Putting the ball in the net is the hardest thing and that’s all he didn’t do today.”

“I’m always concerned when we don’t get results. Our performances haven’t been what we wanted in the last couple of games.” “But today is what we wanted the team to look like. We looked like a good team.”